The election map made by the Agenda.ge team is the best online tool to follow Georgian election data in real time.

Agenda.ge has put together vital election information in the form of an interactive, online map of  Georgia so you can easier understand and learn about the 2021 municipal elections results.

The number of voters, voter turnout, election results and other data per region and city are made available on the map.

What is on the map?

On election day, October 2 2021, until polls close at 20:00 Tbilisi time, Agenda.ge will publish voter turnout data and the number of voters in real time throughout the entire election process.

The results of the elections will appear there as soon as they are released by the election authorities in real time, as our interactive map is linked to the data server of the Central Election Commission of Georgia.

All information is provided by Georgia's Central Election Commission (CEC). Agenda.ge thanks CEC for collaborating on this project. 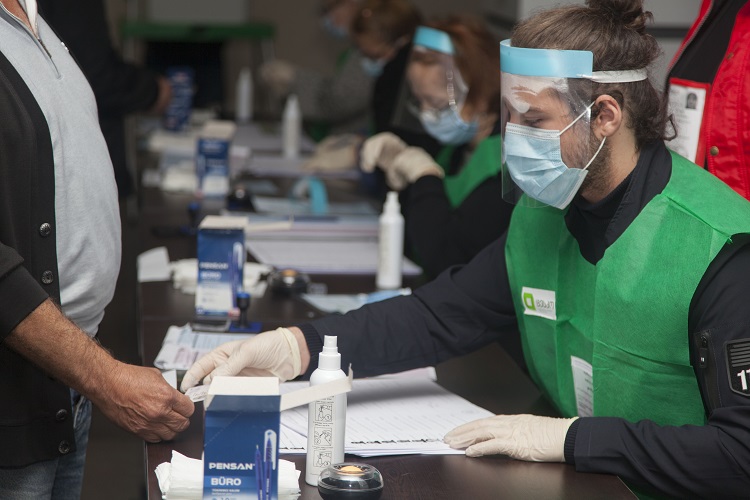 Until polls close at 20:00 Tbilisi time, Agenda.ge will publish voter turnout data and the number of voters in real time throughout the entire election process. Photo:N.Alavidze/Agenda.ge

How does it work?

The election information (voter turn out, election results) is divided into majoritarian districts.

To see the information for each district, find the number of the district or the name of the city in the left column or just move your mouse on the map and click on the selected district.

The cities pinned on the map (Batumi, Kutaisi, Tbilisi) are locations where the boundaries of the majoritarian districts and administrative boundaries of cities are the same. To see the election information for each city, just click on the dots next to the names of the cities on the map.

The other two cities pinned on the map (Sokhumi and Tskhinvali) are the capitals of the regions of Georgia occupied by Russia (Abkhazia and South Ossetia). As they are not under control of Tbilisi, elections are not taking place there on October 2 2021.

Use the back button to return to the main map.

The Agenga.ge team would be happy to receive feedback from map users. Please send your impressions and suggestions to our e-mail address at web@agenda.ge or directly to our inboxes on Twitter and Facebook.