A second round of mayoral elections could be needed in five large cities including Tbilisi where the ruling Georgian Dream party candidate Kakha Kaladze is leading. 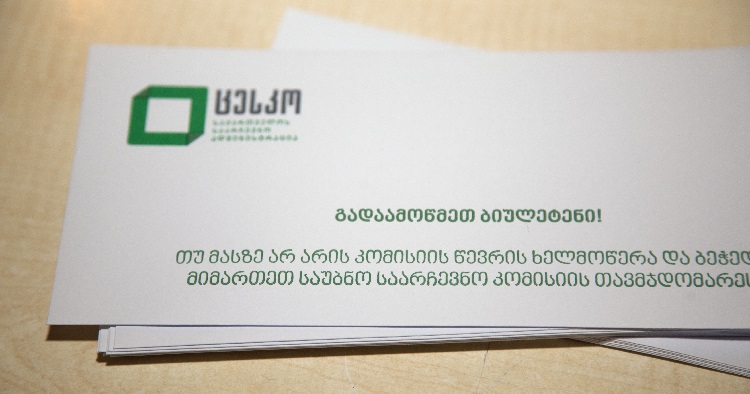 The final results of October 2 municipal elections will be available at results.cec.gov.ge. Photo: Nino Alavidze/Agenda.ge

Meanwhile, the results of proportional party lists in Tbilisi and nationwide show that the ruling party is leading, followed by UNM. Ex-prime minister Giorgi Gakharia's For Georgia party comes the third.

The CEC announced its preliminary results 11 hours after the polls were closed.

Its Chair Giorgi Kalandarishvili apologized for the delay early in the morning, saying that this was caused because the CEC wanted to present ‘representative' amount of voting results to show a wider picture.

Voting process ended at 20:00PM. Today, the citizens of #Georgia had the opportunity to participate in the Municipal #Elections. I would like to express my gratitude towards the #voters for their activity and for adhering to the #covid19 regulations in the voting process.#CEC pic.twitter.com/cxNUUU553D

Municipal elections are held in Georgia per a mixed electoral system. Voters have to fill three ballot papers: the first ballot paper is for mayoral candidates (which are elected per a 50+1 system. The winner is the candidate who will receive at least 51 per cent of votes, otherwise a second round of elections will be held).

The second ballot paper is for majoritarian candidates in city assemblies (The winner must receive more than 40 per cent of votes in the first round of elections to win the race, otherwise a second round of elections will be held).

The third ballot paper is for parties - they will need at least 2,5 per cent of votes to receive seats in Tbilisi City Assembly and 3 per cent in other city assemblies across the country.