Int’l observers: local elections in Georgia competitive, but marred by allegations of pressure on voters, vote-buying

“Georgia’s local elections were competitive and technically well administered, but marred by widespread allegations of electoral violations, vote-buying, and an unlevel playing field, as well as intimidation and pressure”, the international observers have stated today.

The joint observation mission from the OSCE Office for Democratic Institutions and Human Rights (ODIHR), the Council of Europe Congress of Local and Regional Authorities and the European Parliament (EP), held a press conference in Tbilisi earlier today.

????Join us LIVE - on Facebook - at 1pm CET (3pm in Tbilisi) for the press conference of the international observers following the local #elections in #Georgia????https://t.co/4p8fCaZqj4 pic.twitter.com/NTUgdoaeY8

Noting that the election day ‘went smoothly overall’, the international observers had ‘a positive assessment in the overwhelming majority of polling stations’.

However, ‘there was concern over the widely observed practice of observer organisation representatives acting as party supporters and even interfering in the voting process, as well as the intimidating presence of party activists outside some polling stations’. 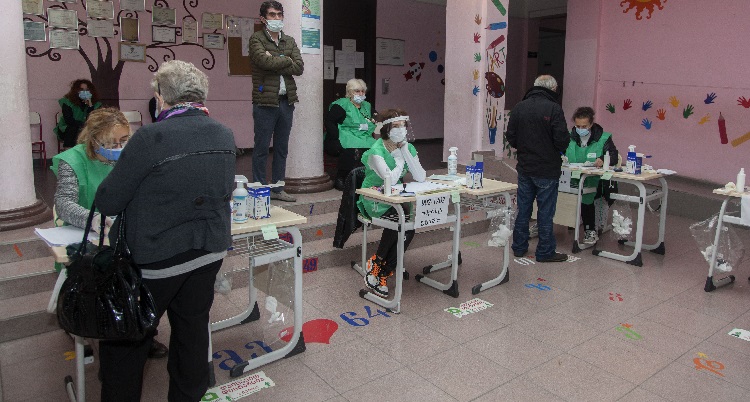 A total of 1,815,776 people (51.92 per cent of eligible voters) have cast ballots in the municipal elections on October 2. Photo: Nino Alavidze/Agenda.ge

The election campaign was assesses as ‘generally calm, although cases of violence, and aggressive confrontation were observed as election day drew closer’. The observers said that allegations of electoral violations by both opposition and ruling party ‘were numerous throughout the campaign’.

In addition,’ the announcement of large-scale government projects was not in line with the spirit of the law’. This, the observers said, ‘together with the involvement of senior state officials in the campaign, gave the ruling party an undue advantage’.

The observers further note that while the candidate registration process was inclusive, many opposition candidates withdrew from the race, a number of them reportedly under pressure from the ruling party.

These elections saw a large range of candidates campaigning freely and many diverse views. They were also run transparently and professionally. However, an increasingly aggressive political discourse, and even cases of physical violence was of deep concern”, head of the OSCE/ODIHR election observation mission Albert Jónsson said.

He added that 'widespread and consistent claims of violations need to be thoroughly investigated by the authorities'. 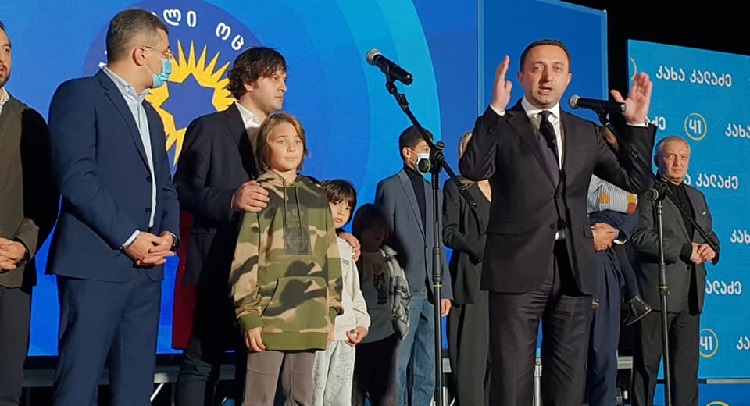 Preliminary results of proportional elections for Tbilisi and regional city assemblies show that the ruling party is leading, followed by the UNM and Ex-prime minister Giorgi Gakharia's For Georgia party. Photo: Nino Alavidze/Agenda.ge

Head of the Congress delegation David Eray said that from the Congress’ perspective, ‘the election was a missed opportunity for local democracy in Georgia. It became, in fact, a referendum on the national government and overshadowed local issues, which is regrettable’.

Head of the EP Delegation Michael Gahler also noted that the ‘widespread and consistent allegations and personal testimonies should lead the competent authorities to investigate robustly cases of intimidation aiming at the withdrawal of opposition candidatures, pressure on civil servants, misuse of administrative resources, huge imbalances of financial means, in order not to further strengthen a feeling of impunity’.

For the post electoral period and beyond we would wish that the government and all parties follow the mature attitude Georgian citizens have shown by going to the polls in a peaceful spirit”, he said.