Edison Research polls commissioned by the opposition-minded Formula TV say that 55 per cent of voters like both incumbent Tbilisi Mayor Kakha Kaladze and ex-PM Giorgi Gakharia who are running for Tbilisi mayor in the October 2 municipal elections.

The head of the United National Movement (UNM) opposition party Nika Melia, who is also running for the post, is liked by 45 per cent of voters, according to the polls. 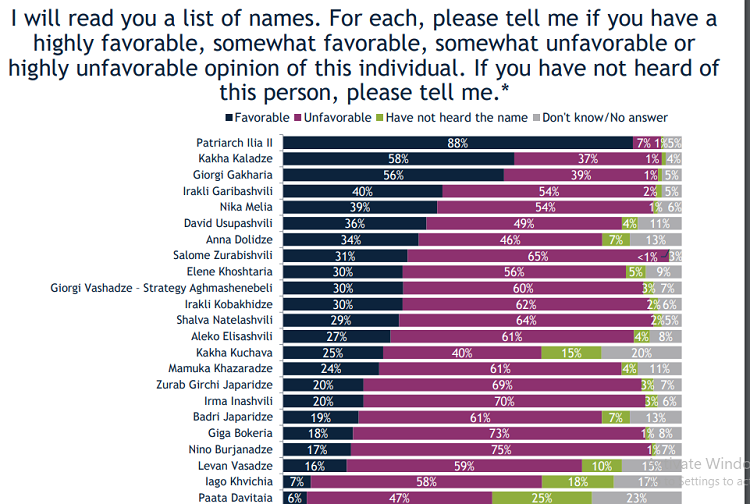 The rating of other parties per the polls is as follows:

According to the polls 51 percent of voters support the holding of repeat parliamentary elections by 2022.

78 per cent of interviewees said that they fully or partially connect the death of cameraman Lekso Lashkarava to his injuries received during an anti-LGBT rally in central Tbilisi on July 5 and not with alleged drug overdose.

The polls say that more people are trusting the public defender’s office - 62 per cent of votes.

The Georgian Dream ruling party officials have stated that the ‘polls have nothing to do with reality. They reflect the dreams of opposition.’

The polls were conducted between August 13 and September 5 around the country and 1,500 individuals eligible to vote participated in it.