According to the survey, 45% of Georgians say they will not get vaccinated, which is a six-point increase from IRI’s February 2021 poll.

This underlines the need for the Georgian government to focus its public messaging to increase vaccination rates,” said Nix. “As the vaccination campaign continues, more needs to be done to convince Georgians of the safety of the vaccine.”

Among the vaccines which are currently available in the country, the German-US Pfizer vaccine is the most trusted in the public.

43,932 tests have been conducted around the country over the past 24 hours.

523,466 individuals have received the coronavirus vaccine in the country of 3.7 million population since March 2021.

Less than half of the vaccinated individuals received their both doses of a vaccine. 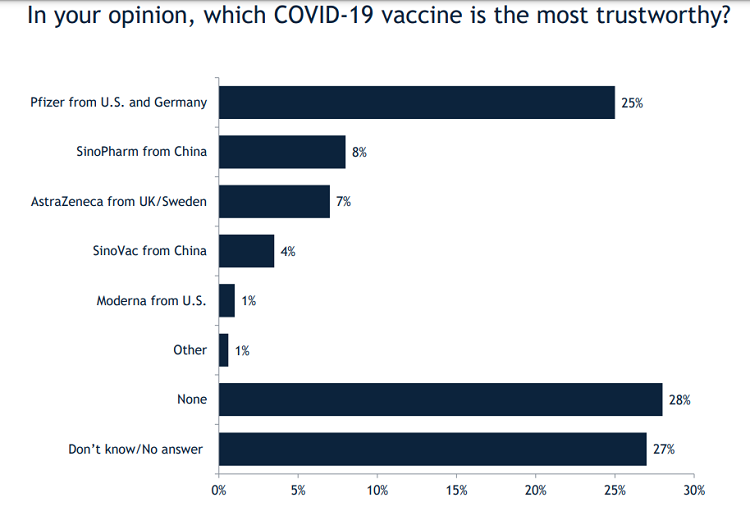 Georgia has plans to vaccinate 60 per cent of its population by the end of the year.

However, health officials say that the vaccination process is quite slow and the country may enter the fourth wave of the pandemic in the coming weeks which ‘will is expected to have a devastating effect on the state economy.’

Despite the surge in new infections the government says it has no plans to reimpose restrictions to save the state economy.