Lashkarava, 36, was one of those attacked during the siege on the offices of the Shame Movement on July 5. He received a concussion, facial bone fractures and multiple bruises, and was found dead at home yesterday morning by his family.

Garibashvili said the rally was 'another unsuccessful conspiracy against the state'.

We heard classic anti-state, anti-church and anti-national messages at yesterday's rally. We heard messages, for example, made by aggressive speakers demanding the arrest of the Patriarch by the police, in addition to demanding [our] resignation... The conspiracy planned by the anti-state and anti-church forces did not take and will never take place in our country", Garibashvili said earlier today. 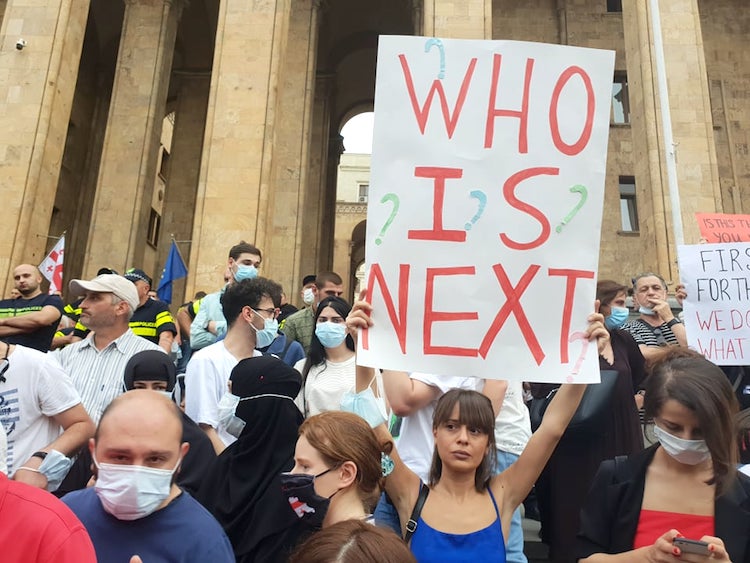 Garibashvili said that 'they tried to use this tragedy to achieve their own political goals'.

What could be more immoral than trying to achieve one’s own political goals through the tragedy of a dead individual. No matter what the cause of death of Aleksandre Lashkarava was, all the offenders will be severely punished. Police have already arrested four people involved in his beating. We condemn, we will always condemn and prevent any violence in the country", Garibashvili said.

Garibashvili stated that large-scale civil strife was planned on July 5, but 'we had assessed these risks in advance and did not allow it'.

He said that the Tbilisi Pride events were supported and co-organised by the Shame movement 'which is absolutely and completely run by [ex-president Mikheil] Saakashvili's organisations'.

As you know, on July 5, at the government meeting, I announced in advance that a very large-scale provocation against our country and population was planned. I also mentioned the specific name of those who are behind this revanchist, radical conspiracy, it is Mr. Saakashvili and his radical group", said Garibashvili. 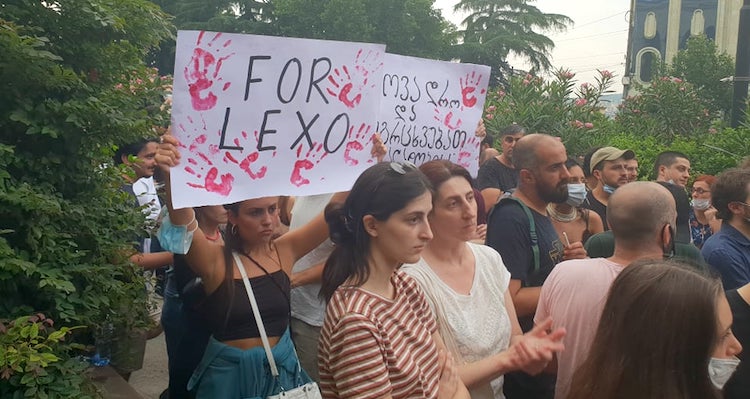 Garibashvili added that 'the opposition TV stations, Mtavari Arkhi, Formula and TV Pirveli are run directly by Saakashvili and with stolen finances'.

They have one goal, to somehow overthrow the government and come to power again by force, which of course is unattainable, we will not allow it. I would like to remind them that the only way to come to power is to participate in elections", Gharibashvili said.

He said that when '95% of our population demonstratively opposes the propaganda parade, we, my friends, must all obey it'. Read full statement here.

This is the opinion of our people and we, as a government elected by the people, must obey it", he added.

Garibashvili expressed his condolences to the family members of Lashkarava and promised that 'all the participants of this provocation will be punished.’ 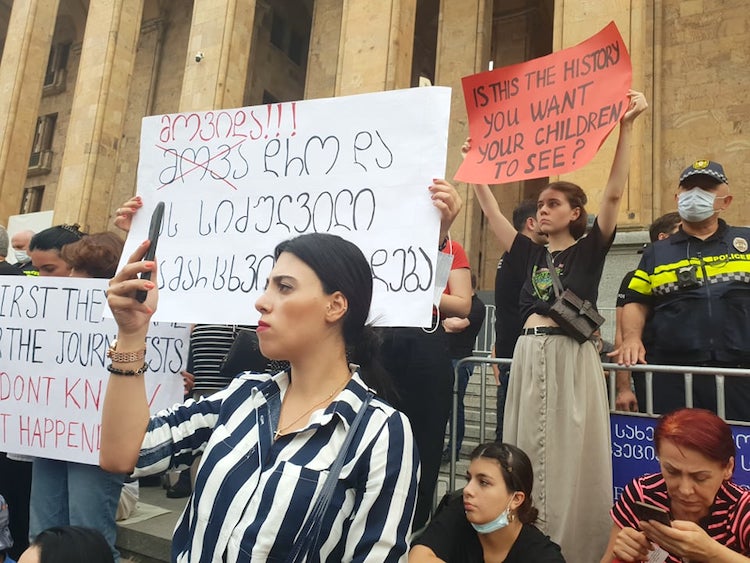 He said that at the initiative of the family of Laskharava and at the request of the TV stations, an autopsy is being carried out with the participation of an independent expert.

All questions will be answered comprehensively as soon as possible", Garibashvili said.

He added that the investigation is working on several accounts, including why the journalists and cameramen were attacked during the counter-rally.

This is a legitimate question that the investigation needs to answer. There is a version of events that a revanchist, radical force may be behind these provocateurs. We remember well and no one in this country will forget the methods used by abusers and murderers to rule our country. When terrorist acts were even staged to achieve their own political goals against our citizens", Garibashvili said.

Garibashvili stated that 'we have absolutely full control over the situation' and that any one, at any time has the right to express his/her opinion in Georgia within the law and the Constitution.