NGOs and opposition politicians have stated that the inaction of the government and inflammatory statements by Prime Minister Irakli Garibashvili regarding the Tbilisi Pride march encourage violence by right-wing groups against civic activists and media representatives.

Right-wing activists who gathered on Rustaveli Avenue this morning to protest the Tbilisi Pride march scheduled for 6 p.m. later today attacked journalists and cameramen on the spot, injuring dozens of media representatives.

Prior to the incident Georgian Prime Minister Irakli Garibashvili said that the conduct of the Tbilisi ‘Pride march at 6 p.m. today ‘ is not reasonable’ because it may lead to civic confrontation. 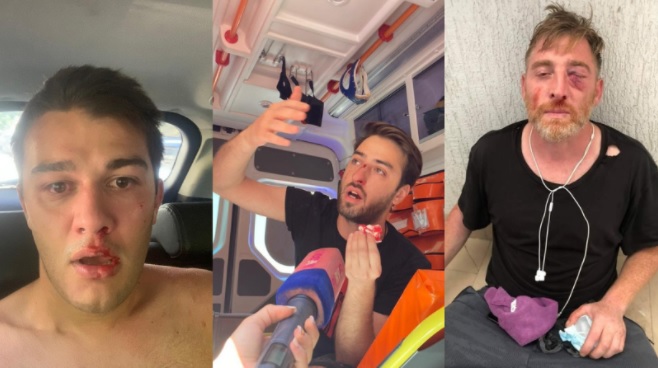 Transparency International Georgia released a statement earlier today noting that despite there have been a number of threatening statements made recently by right-wing groups, the measures taken by the authorities have been ineffective.

Prior to the media crackdown, Prime Minister Irakli Garibashvili stated that he considered the July 5 march unreasonable and that a revanschist radical opposition were behind its organisers. PM Garibashvili has practically encouraged violence through his statement”, reads the statement.

We call on the authorities to ensure the safety of #media representatives in a timely manner, to protect them from physical violence, and to create conditions for the safe conduct of professional activities. #TbilisiPride21https://t.co/gPYrOGbmAM

Responding to the issue, the Institute for Development of Freedom of Information (IDFI) has noted  it is clear from the video materials that the law enforcement agencies are not able to effectively prevent violent acts against media and civic activists and that the state has mobilized insufficient police officers on the spot.

The inability or unwillingness of the state to fulfil its positive obligations encourages not only violence against freedom of expression, but also hatred and intolerance. The Prime Minister’s statement is annoying and damaging to the state”, says IDFI.

Human Rights Watch notes 'this is not a victory of ultra-right groups, but an utter failure of the state who tolerated the violence in Tbilisi Streets today'.

Make no mistake, this is not a victory of ultra-right groups, but an utter failure of the state who condoned & tolerated the violence in Tbilisi streets today. https://t.co/OMymhSnc2k

The Democracy Research Institute (DRI) also says that Prime Minister Garibashvili’s statement is a direct incentive for radical groups to use force against journalists and participants of Tbilisi Pride.

DRI calls on the authorities to immediately ensure the arrest of those involved in the assault on journalists and take legal action against them.

Opposition MPs Tamar Kordzaia, Tina Bokuchava and Khatuna Samnidze have responded to the ongoing processes on the Rustaveli Avenue, stating that without the Prime Minister, the right-wing groups would not have dared to attack journalists and civic activists.

Later after media representatives were injured during the clashes, the Interior Ministry said an investigation has been launched into the incidents and called on Tbilisi Pride to call off the march scheduled for 6 p.m. today due to security risks.