Right wing activists who had gathered on Rustaveli Avenue this morning to protest the Tbilisi Pride march scheduled for 6 p.m. later today attacked journalists and cameramen on the spot, injuring dozens of media representatives.

Among the injured media representatives there are eight from Rustavi 2, two journalists from TV Pirveli, and employees of On.ge, Tabula, Netgazeti, Radio Free Europe/Radio Liberty and other media outlets. 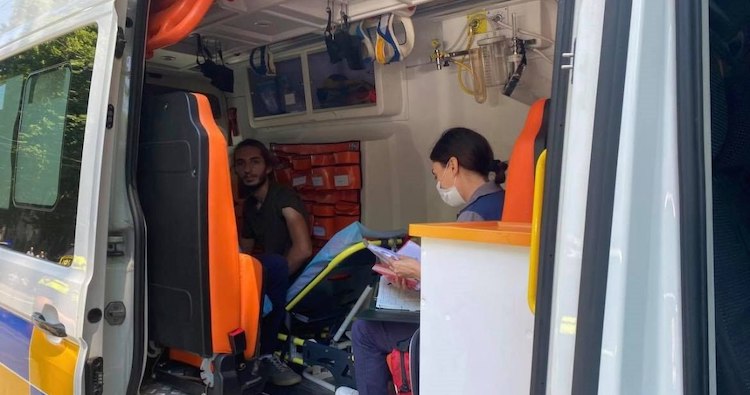 Ambulance teams and law enforcers are mobilised on the spot. Photo from RFE/RL. 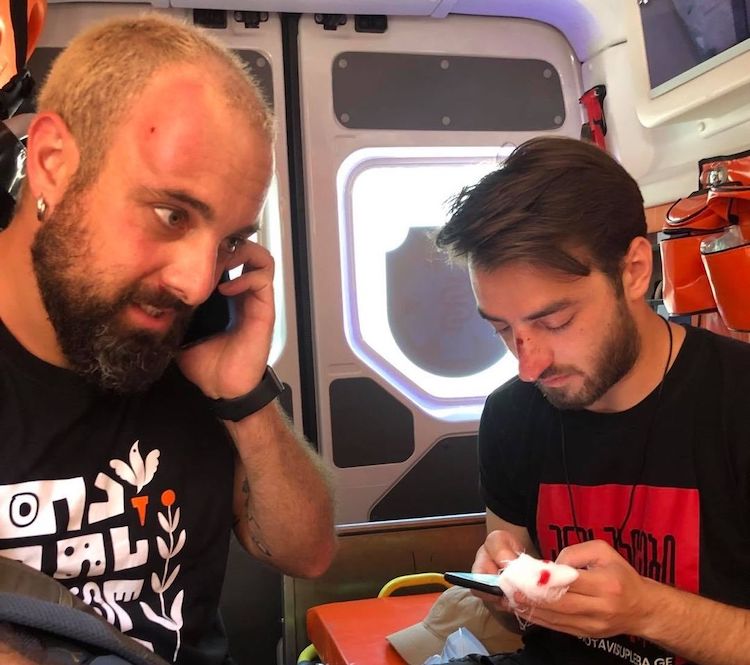 Do not think the journalists were injured because they got in a clash and did not have the means to defend themselves. They were purposefully chased and beaten mercilessly. [Right wing activists] also purposefully broke their equipment", Japiashvili wrote in her post.

Human rights activist and a member of the movement Droa, Giorgi Gabriadze, posted on his Twitter account a video depicting scenes of the attack on journalists:

Attack on #journalists! This is the face of violent groups. No matter who you are just being abused. this bastard tried to kill journalists! @MIAofGeorgia what are you doing ??????????????#TbilisiPride21 @TbilisiPride pic.twitter.com/bq62kv1KVe 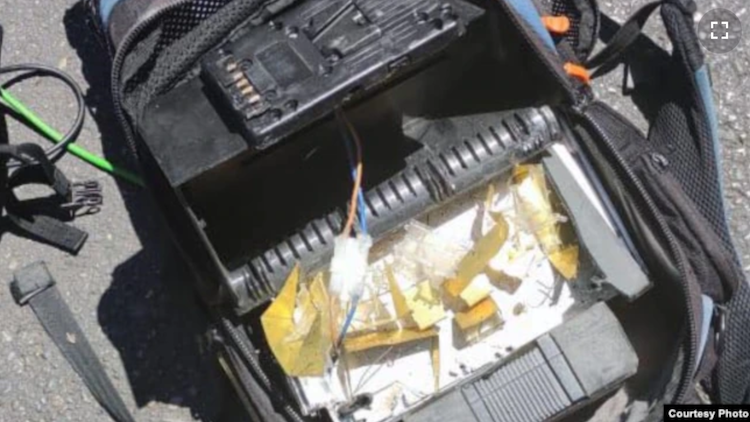 TV station First Channel reports that its operator injured during a rally was taken to New Hospitals and is currently undergoing a medical examination.

Also, a cameraman of Rustavi 2 is at Aladashvili's Clinic with a strong concussion.

Open Caucasus Media posted on Twitter that a TV Formula journalist Rati Tsverava was attacked by right wing activists near the Kashveti Church on Rustaveli Avenue and was dragged away in a headlock by Georgian Orthodox priests.

TV Formula journalist Rati Tsverava was attacked by anti-pride protesters near the Kashveti Church on Rustaveli Avenue. Tsverava was dragged away in a headlock by Georgian Orthodox priests. #TbilisiPride21

Police are trying to relocate journalists and cameramen from the area.

It is not known at this time exactly how many journalists were injured during the coverage of the rally. Journalists say that the protesters showed 'special aggression' towards them.