What impact will coronavirus have on the Georgian economy?

The impact of the coronavirus is rippling through Georgian economy, but it might take a few months to fully see the fallout in data that track economic performance in Georgia.

However, the first signs of the coronavirus crisis are already evident: 10 hotels have closed, 90 per cent of bookings have been cancelled, the number of passengers at Georgian airports decreased, the number of international travellers visiting Georgia also decreased and the national currency lari has started devaluating.

The National Bank of Georgia (NBG) released a statement today in which it says that the recent depreciation of the lari exchange rate is linked to the uncertainty caused by the coronavirus outbreak that has been transmitted to the financial markets through the channel of expectation.

Besides coronavirus, the NBG says that another reason for the lari depreciation is the decline in international oil prices.

The decline in international oil prices indicates the decline of foreign demand from Georgia's trading partners by oil export and possible decrease in money transfers. As a result, the risks of reducing foreign exchange inflows have increased, which has been reflected in the foreign exchange market through the channel of expectations.

On the other hand, due to the restriction of air travel, the outflow of currency from Georgia to foreign countries will be reduced, as well as the import of tourism services will be reduced, which will have a positive effect on the exchange rate. At the same time, Georgia's reliance on remittances from oil-exporter countries has been significantly reduced, which is also a positive factor”, read the NBG statement.

The NBG says that its main task is now to maintain price stability in Georgia and to maintain a low rate of inflation.

Georgia suspended flight with China, Iran and Italy in order to avoid the spread of coronavirus.

Hotels, restaurants, tourist agencies and tour operators demand from the government to postpone the budget taxes and bank loans. Meanwhile, the hospitality sector of Georgia tries to minimise the costs because of sharp drop in revenue. 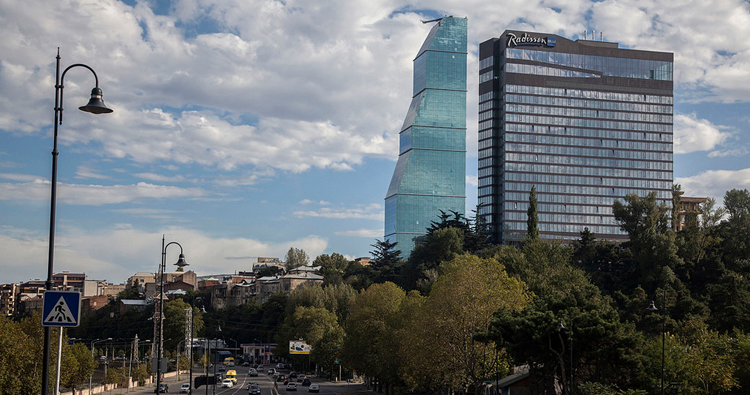 10 hotels are already closed in Tbilisi due to low demand on bookings Photo: Nino Alavidze/Agenda.ge.

Executive Director of Adjara Group Valeri Chekheria said that several floors had been closed at Holiday Inn hotel in Tbilisi as hotel capacity reaches only 20 per cent as of today.

This enables us only to pay salaries. We now hope that our hotel chains in the regions will work better thanks to domestic tourism”, he said.

Prime Minister of Georgia Giorgi Gakharia and the chief executive officers of commercial banks signed an agreement yesterday, which will come up with an action plan to support the tourism sector in the coming days, announced the government of Georgia.

At the meeting the banking sector made its readiness clear to provide maximum support in various forms if and when the tourism sector representatives encounter certain problems in servicing their loans as a result of COVID-19. 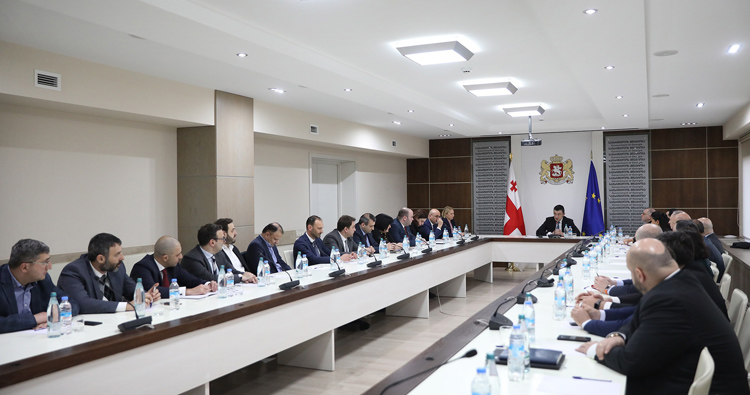 Negative effects for the Georgian economy are also expected from a possible drop in bilateral trade with China. The 2019 data show that, Georgia exported from China goods worth $858 million, which is significant for Georgia’s minor economic potential. This makes China among the country’s top three importers, with a steady rise in comparison with previous years (2017 – $732.6 million, 2018 – $833.9 million).

Minister Turnava said that economic prognosis “will not be as high as it was before forecast”.

In February the International Monetary Fund mission Chief Mercedes Vera-Martin said that the IMF forecast 4.3 per cent growth for the Georgian economy in 2020.

Turnava also said today that the government will present an anti-crisis plan within a few days.