Zurab Japaridze, one of the founders of the libertarian Girchi party, has announced the creation of a new party - More Freedom-Girchi, by the end of the month, following controversies with several fellow members of the party.

Japaridze is expected to register the new party on December 26.

His assistant Nina Japaridze has told journalists earlier today that ‘there will be two Girchi parties, that means healthy competition. People will vote for the Girchi which will be closer to their views,” Sajaia said.

Japaridze stated earlier this month  that he would not cooperate with fellow members and figures of the Girchi party Iago Khvichia, Vakhtang Megrelishvili and Aleksandre Rakviashvili.

He said that there are ‘many reasons’ behind his decision. 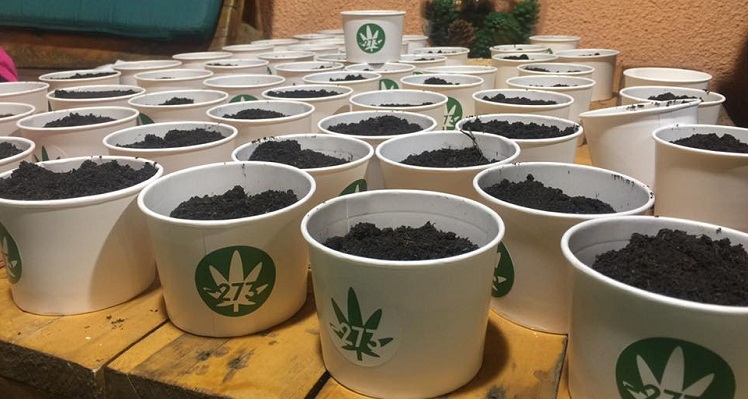 Girchi has been demanding a liberal drug policy for years. The photo depicts marijuana seeds at the party office. Photo: Girchi.

Girchi overcame the one per cent election threshold in the October 31 parliamentary elections and received four seats in the 150-member legislature.

However, similar to other opposition parties who were voted in during the elections, Girchi refuses to take up its mandates and is demanding repeat elections, stating that ‘the elections were fabricated.’

Girchi is well-known for its outlandish awareness raising demonstrations, which have included opening a brothel in its headquarters and planting marijuana seeds on New Year’s Eve.

The party was founded back in 2016 by four former members of the United National Movement opposition party - Zurab Japaridze, Pavle Kublashvili, Giorgi Khachidze and Giorgi Meladze.