President of Ukraine Volodymyr Zelensky, who has appointed former President of Georgia Mikheil Saakashvili chair of the executive committee of the Ukrainian National Reforms Council, says that Saakashvili is now a Ukrainian citizen and the decision is the internal issue of the country.

Zelensky also said that the recalling of Georgian Ambassador to Ukraine Teimuraz Sharashenidze for consultations in Tbilisi following Saakashvili’s appointment was the ‘wrong move.’

The Ukrainian Foreign Ministry has stated that recalling the ambassador for consultations ‘is not a daily, but a common practice in diplomatic work.’

We do not see this decision as a threat to relations between our friendly states. We have many common positions and common challenges,” said the Ukrainian Foreign Ministry. 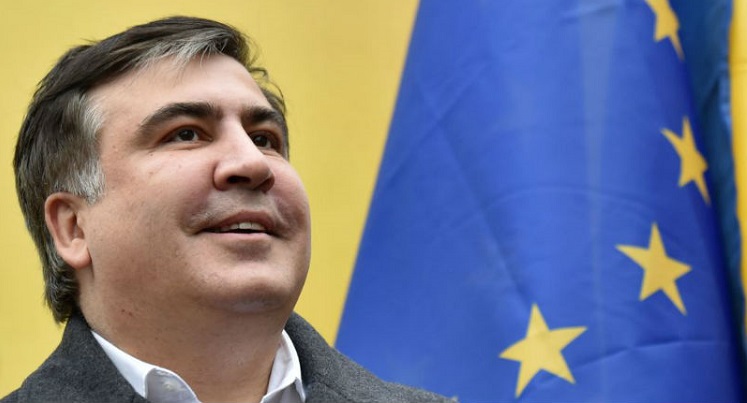 Saakashvili served as Georgia’s third president from 2004 to 2007 and again from 2008 to 2013.He is accused of the violent dispersal of anti-government mass protests on November 7, 2007; unlawful raiding of Imedi television company by riot police and the illegal takeover of property. Photo: The Financial.

The ministry said that Saakashvili is a citizen of Ukraine with ‘extensive experience and significant achievements in implementing reforms that are widely recognised around the world’.

Therefore, we call on our Georgian friends and partners to take into account the arguments presented and not to make bilateral relations dependent on the reform process in Ukraine,” said the embassy.

Georgian Foreign Ministry reported earlier today that Georgian Ambassador to Ukraine Teimuraz Sharashenidze was recalled to Tbilisi for consultations as Saakashvili, who faces several convictions in Georgia, was appointed to the post in Ukraine.

Georgian Foreign Ministry says that Saakashvili’s appointment to the council will not lead to the suspension of diplomatic relations with Ukraine or cause any threats to the strategic partnership.

However the appointment of a man who was convicted in Georgia and is wanted by Georgian law enforcers by a strategic partner causes questions. That is why with the involvement of the ambassador, we should figure out what should be done in this situation not to affect bilateral relations,” the Georgian Foreign Ministry said.

The ministry stated that the appointment of Saakashvili to the reforms council and not as vice PM of Ukraine, as was initially considered, points at the ‘sceptical attitude’ to Saakashvili by the Ukrainian political spectrum and parliament.