Georgian President Salome Zurabishvili says that the possible appointment of Georgia’s former president, Mikheil Saakashvili, to any post in Ukraine ‘is both incomprehensible and unacceptable.’

She says that Saakashvili has been found guilty of several offences in Georgia and is wanted by the country’s law enforcement agencies.

I cannot conceive of any one person that could be so important and valuable for Ukraine to the point of risking the friendship of our nations, disregard Georgian state institutions and offending our society,” Zurabishvili said.

She said that Georgia and Ukraine are close strategic partners and cooperation is based on a century-long friendship, mutual respect, common interests and aspirations.

I hope that our shared past, present and future will never be placed at risk,” Zurabishvili stated.

Ukrainian media outlets reported yesterday that the cabinet of ministers of Ukraine withdrew the candidacy of  Saakashvili for Vice PM of Ukraine for reforms from parliament. 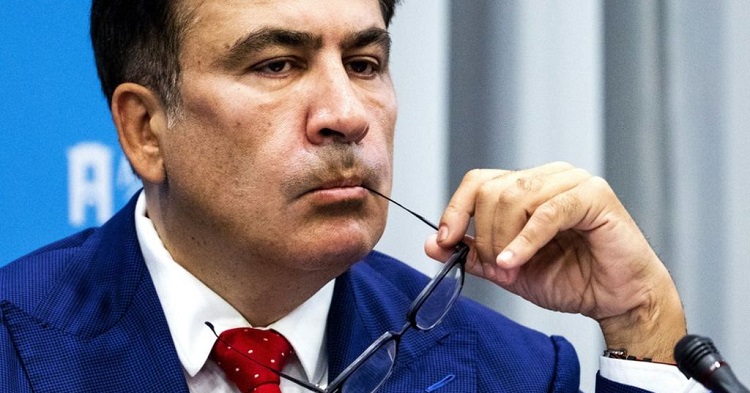 On May 28, 2019, Ukrainian President Volodymyr Zelensky restored Saakashvili’s Ukrainian citizenship, allowing him to return back to the country and continue his political agenda. Photo: Getty Images.

Censor Net said that Saakashvili needed the support of at least 190-200 MPs from the ruling Servant of the People party to receive mandatory 226 votes, while only 140-170 MPs were ready to vote for him from the party.

Georgian Prime Minister Giorgi Gakharia said on April 24 that the possible appointment of former Georgian President Saakashvili as vice PM for reforms in Ukraine by a strategic partner state is ‘absolutely unacceptable.’

Saakashvili said on April 22 that the offer for the new post came from President Volodymyr Zelensky.