Former Georgian President Mikheil Saakashvili, who served as Odessa governor and faces several charges in Georgia, has been offered the post of vice PM for reforms in Ukraine, the Ukrainian media has reported.

Sakashvili has confirmed the information on his Facebook page, stating that the offer came from President Volodymyr Zelensky.

Saakashvili wrote that the offer is a big honor for him, adding that he has already had a ‘very informative and a good conversation’ with the Ukrainian PM on all the issues about his possible presence in the Ukrainian government.

I am ready to cooperate with all patriotic forces in the Ukrainain parliament and all political forces in the county for Ukraine to overcome the coronavirus crisis with as less loss as possible,” Saakashvili said.

Zelensky restored the Ukrainian citizenship to Saakashvili on May 28, 2019.

Saakashvili served as the Odessa Governor in Ukraine between 2015 and 2016 and then went into the opposition of his former ally, now ex-Ukrainian President Petro Poroshenko.

On June 5,2019 Zelensky told currenttime.tv that his plans with Saakashvili “were very simple, only humane,” making the decision he did only as he believed that his citizenship had been annulled illegally.

Saakashvili, who returned to Ukraine on the second day after the restoration of his citizenship “to help Zelensky fulfil his election promises,” said that his Movement of New Forces faced difficulties to run in the July 21 parliamentary elections in Ukraine. 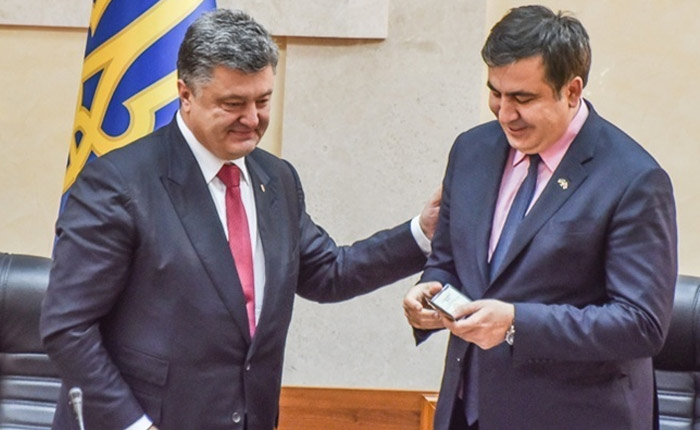 Poroshenko, a former ally, granted Ukrainian citizenship to Saakashvili in 2015.