Newly elected Ukrainian President Volodymyr Zelensky says that he has “no political plans” with former Georgian president Mikheil Saakashvili after reinstating his Ukrainian citizenship on May 28.

Zelensky told currenttime.tv that his plans with Saakashvili “were very simple, only humane,” making the decision he did only as he believed that his citizenship had been annulled illegally.

Saakashvili, who returned to Ukraine on the second day after the restoration of his citizenship “to help Zelensky fulfil his election promises,” says that his Movement of New Forces face difficulties to run in the July 21 parliamentary elections in Ukraine. 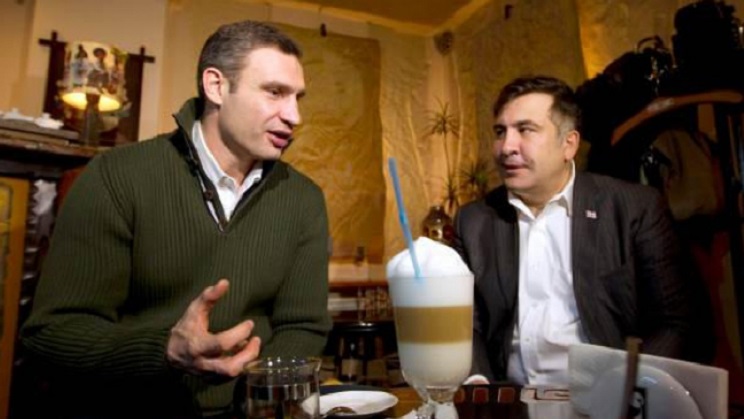 Responding to this, Kyiv Mayor Vitaliy Klitschko invited Saakashvili to become a chairman of his UDAR Party to participate in the elections.

Saakashvili praised Klitschko and requested help from his supporters in making the decision.

If I accept the offer, we will have to wholly change the UDAR party as there are many people who were loyal to Petro Poroshenko [ex-President of Ukraine, Saakashvili’s former ally] and several others involved in corruption,” Saakashvili said.

He said in his video address today that “it is not good to observe the situation passively, when Zelensky needs help.”

Zelensky, who received kind wishes from Georgia on his election, has confirmed his short meeting with Georgian Prime Minister Mamuka Bakhtadze yesterday in Brussels. 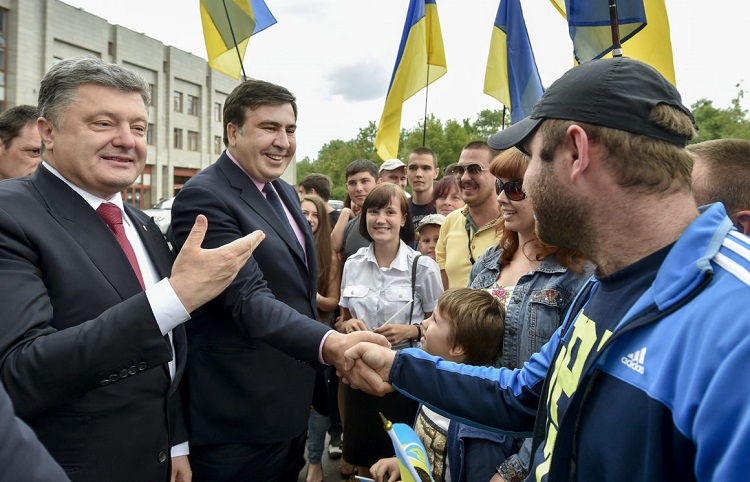 Poroshenko and Saakashvili once were close allies. Photo: politiko.

He told Georgian Imedi TV that Bakhtadze is a “very good person” and that they exchanged phone numbers.