The Georgian Dream ruling party has stated earlier today that the allegations are alarming and that Saakashvili and his satellite political parties ‘have been long engaged with anti-western rhetoric.’

Ruling party member and former Justice Minister of Georgia Thea Tsulukiani said that Saakashvili, who is a citizen of Ukraine, has been irritated by PACE’s positive assessments of October 31 parliamentary elections in Georgia. 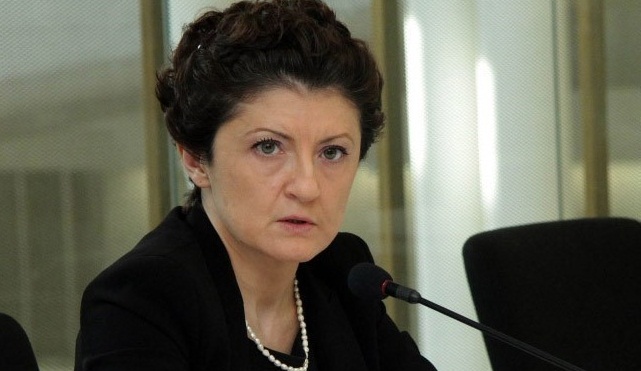 Thea Tsulukiani, on behalf of the ruling Georgian Dream party, has responded to Saakashvili's statements.

She stated that Saakashvili was unhappy with PACE’s election reports that the elections were conducted peacefully and that the ruling Georgian Dream party won the elections.

Saakashvili was unhappy with peace as he dislikes peace. He had different goals and the PACE reports disadvantaged his goals,” Tsulukiani said.

This is alarming. Sparking anti-western mood in the country whose territories are occupied is harmfulness,” Tsulukiani said.

Tsulukiani vowed that the ruling party will fight against anti-state and anti-western propaganda from parliament.

Opposition parties are accusing the ruling party of fabricating the elections and are demanding repeat elections.