A brand-new book covering Georgia's cultural heritage and history was unveiled on Sunday in Tbilisi, with a two-volume work published by United States-based Nova Science Publishers hailed as "historic".

The presentation of the work, titled Georgia: History, Culture, Ethnography, marked the culmination of a multi-year effort by Georgian researchers and institutions that worked to gather historical material on subjects ranging from the country's famed polyphonic singing tradition to cultural monuments.

Edited by musicologist Anzor Erkomaishvili, known for his work on cultural legacy particularly through his founding and leadership of the 'Rustavi' State Academic Ensemble of Georgian Folk Song and Dance, the book is the result of contributions by a team that involved scientists, art historians and other professionals.

Its completion has been called "historic" by Mikheil Chkhenkeli, the Minister of Education, Science, Culture and Sport of Georgia, with the book itself promoted as a "richly illustrated, genuine gift for the lovers of European culture and history" by the publishers. 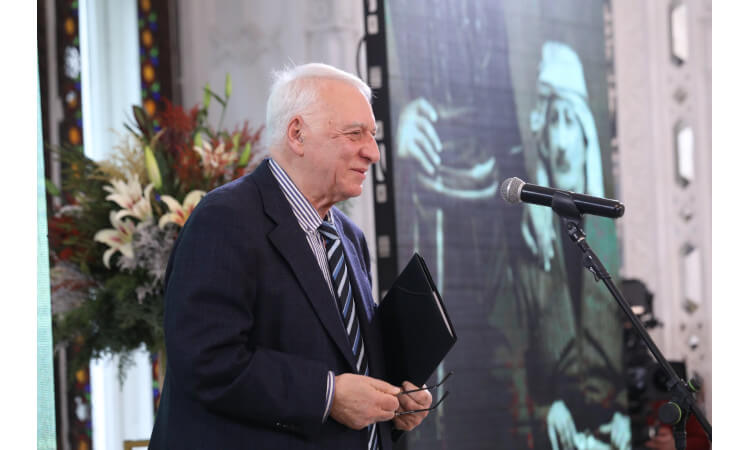 Musicologist and folk singing researcher Anzor Erkomaishvili, recipient of the titles of the Merited Worker of Arts of Georgia and the Honourable Citizen of Tbilisi, worked as the editor of the multi-volume work. Photo via Ministry of Education, Science, Culture and Sport of Georgia.

Readers will discover how unique and distinctive this culture is, and how it was developed by such a small country in the South Caucasus, the territory of which is recognized as the homeland of winemaking and the oldest dwelling of man in Europe" - Nova Science Publishers

In attendance at the unveiling in Tbilisi, Chkhenkeli said the release would allow English-speaking readers to "rediscover Georgia with its rich culture" in part due to plans to distribute the work to libraries of "leading" world universities.

Information on the rich legacy of musical folklore in different parts of the country, archaeological sites and findings, architectural influences and styles and general historical notes are all found in the over 20 chapters covering various subjects in the book.

Sections of the publication deal with history and exhibits of pottery, stone masonry, winemaking, national costumes and "other elements of Georgian folk traditions", the US publishing house said in its summary of the release.

The book also comes with a third part, a multimedia appendix with audio recordings of folk songs and church hymns as well as videos of folk dances, with some of the recordings dating back all the way to 1901.

It is the latest in a range of works produced by Erkomaishvili, who, besides his founding of 'Rustavi' also established the 'Martve' ensemble of folk singing in 1978 and was credited by Giorgi Donadze, Executive Director of the Folklore State Centre of Georgia, with "saving" the then-neglected heritage of the country's national singing tradition through his work with the group.

Georgia: History, Culture, Ethnography will be released by Nova Science Publishers in March.