The Georgian alphabet, described as a "living culture of three writing systems”, has been added to UNESCO's Representative List of Intangible Cultural Heritage of Humanity.

The decision came after the 11th session of the UNESCO Intergovernmental Committee for the Safeguarding of Intangible Cultural Heritage, held in the Ethiopia's capital Addis Ababa yesterday.

Georgia’s nomination for the list was ensured by the Government of Georgia, Ministry of Culture and Georgia’s National Agency for Protection of Cultural Heritage.

The nomination was also supported by Georgia’s Ministry of Foreign Affairs. 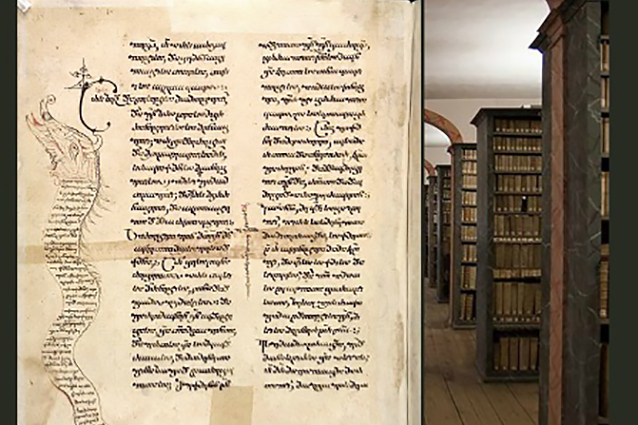 Georgian alphabet is referred as Georgia’s Living culture of three writing systems. Photo by National Centre of Manuscripts of Georgia.

UNECSO's official webpage says the evolution of Georgia’s written language has produced three alphabets – Mrgvlovani, Nuskhuri and Mkhedruli – which all remain in use today.

Mrgvlovani was the first alphabet from which the Nuskhuri was derived, followed by the Mkhedruli.

The alphabets coexist thanks to their different cultural and social functions, reflecting an aspect of Georgia’s diversity and identity. Their ongoing use in a cultural sense also gives communities a feeling of continuity,” said UNESCO.

Describing the Representative List of Intangible Cultural Heritage of Humanity, UNESCO said intangible cultural heritage was not merely valued as a cultural good, on a comparative basis, for its exclusivity or its exceptional value.

It thrives on its basis in communities and depends on those whose knowledge of traditions, skills and customs are passed on to the rest of the community, from generation to generation, or to other communities.”

The Representative List of Intangible Cultural Heritage of Humanity is made up of intangible heritage elements that help demonstrate the diversity of this heritage and raise awareness about its importance, said UNESCO.