UNESCO-recognised Georgian writing to be presented in German museum show

The art of Georgian writing will be introduced to audiences in the central German city of Offenbach less than a week before Georgia goes under spotlight at the Frankfurt Book Fair next month.

Through a display titled Tiflis on My Mind. The Art of Old and New Writing from Georgia, the artistic and historical showcase of the Georgian typefaces will host visitors at the Klingspor Museum Offenbach.

The multi-faceted exhibits show the diversity of Georgian literary culture. [These include] prints and manuscript works, from 5th century inscriptions and precious 11th-century manuscripts to contemporary videos and calligraphic compositions”, said a preview by organisers. 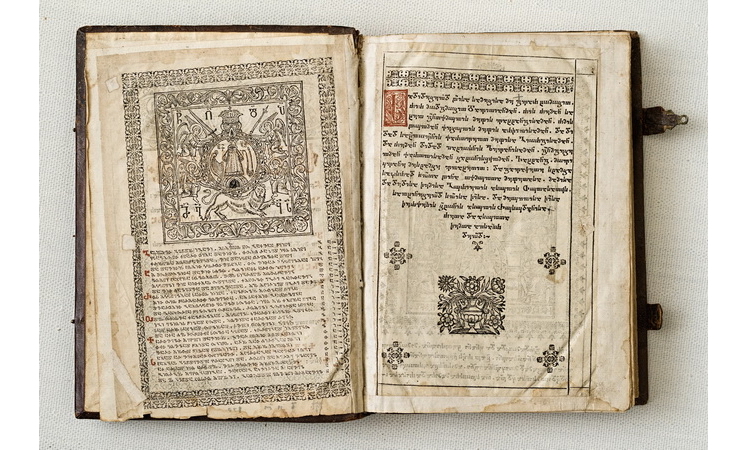 The focus will be on the creative aspects of the Georgian writing, with artists presenting their takes on the typefaces. Photo: Art Palace museum.

Presented by the Art Palace museum of Tbilisi,  the display will cover medieval scrolls, some of the first Georgian books printed outside the country, and the avant-garde wave that influenced the local artistic culture in the early 20th century.

A special feature is Sopho Kintsurashvili's tactile objects of the 33 letters of the Georgian alphabet”, noted the summary for the show.

The three writing systems of the Georgian language have been in particular focus of displays and publications since their recognition as part of UNESCO's Representative List of Intangible Cultural Heritage of Humanity in 2016. 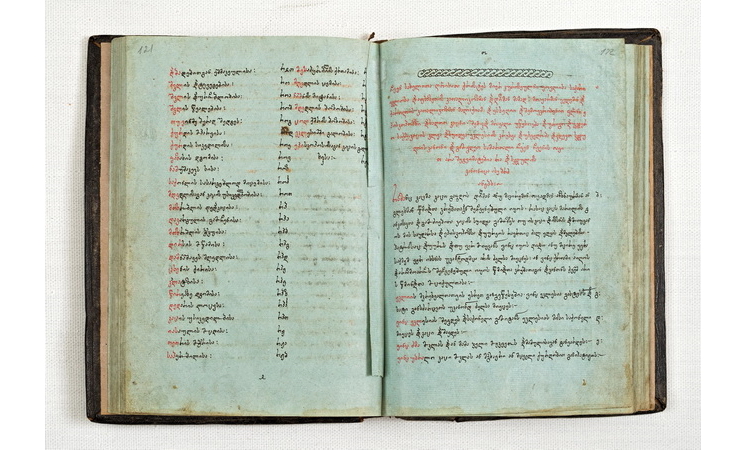 Earlier this year, a publication by the UNESCO included a brief profile of the language among 22 writing systems from across the world for those interested in learning about them.

The Offenbach exhibition will open five days before the Frankfurt Book Fair, a major international literary event, where Georgia will be showcased as the official Guest of Honour.

Georgian cultural institutions, artists, authors and publishers have been involved in series of presentations, meetings and exhibitions to present the country’s culture in the run-up to the Frankfurt event since last year.