Georgia has called the decision “historic,” noting it will promote Georgian culture and literature, further raising awareness about the country and attract many tourists.

The year of celebrations will start on April 23, 2021, on World Book and Copyright Day.

The programme focuses on the use of modern technologies as powerful tools for promoting reading among the youth, UNESCO states.

The programme is comprised of several important, large-scale and sustainable activities. Amongst the events and activities there will be libraries and a book festival for children, a state-of-the-art digital project for transforming books into games, and the rebuilding of the first Georgian publishing house”, UNESCO says.

UNESCO reports that specifically designed for children, youngsters and readers who have limited access to books, the activity programme will be driven by innovation. 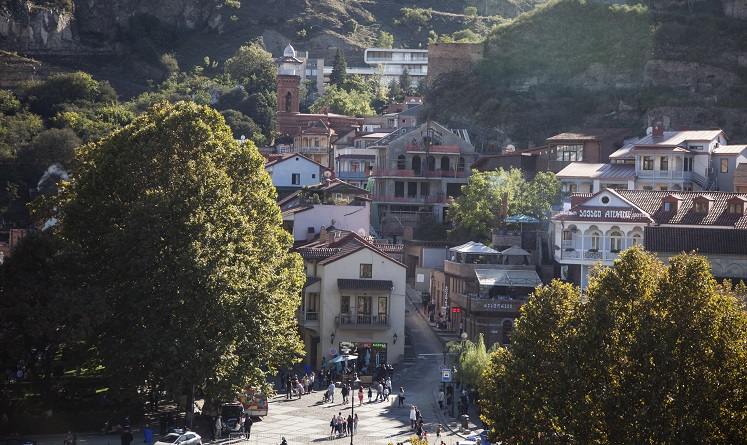 Georgian officials say that the event will benefit Georgia much. Photo: Nino Alavidze/Agenda.ge.

The city's principal objective is to popularise reading and increase accessibility to books for all social backgrounds,” USESCO says.

Tbilisi Mayor Kakha Kaladze said that the decision is “enormous recognition and respect.”

It is great news. It was our first attempt in this regard and we succeeded in a very tough competition. During the year, various large-scale cultural and literary events will take place in Tbilisi which will attract hundreds of tourists. For instance, when Amsterdam was nominated the book capital, an additional two million tourists visited the country that year,” Kaladze said.

Foreign Minister David Zalkaliani stated that Tbilisi will be a “proper host” of the “great event.”

Tbilisi was named World Book Capital for 2021 yesterday, on October 7. That day, 27 years ago, we were accepted into UNESCO,” Zalkaliani said.