The first meeting of a historic, French-Georgian dialogue format, named after the legendary Georgian officer and national hero of France Dimitri Amilakhvari, is scheduled to take place later today in Paris.

Georgia is the first country in the region that France has accepted to have the dialogue with which aims to further strengthen cooperation in politics, defence, security, trade and finance, culture and education.

French and Georgian presidents agreed about the creation of the dialogue format earlier this year.

#Culture, #Business, #Education, #Defense: Today, we pledged with @EmmanuelMacron to boost French-Georgian relations in those sectors, as we signed the Dimitri Amilakhvari Structured Dialogue declaration. ???????????????? pic.twitter.com/waa1AgdAJ7

Before the meeting takes place Georgian Foreign Minister has visited the Leuville Estate, located 37 kilometres south of Paris, where the officials of the First Democratic Republic of Georgia and descendants of the 1918-1921 lived in exile.

The Leuville Estate is a symbol of the historically strong friendship between Georgia and France,” Zalkaliani said. 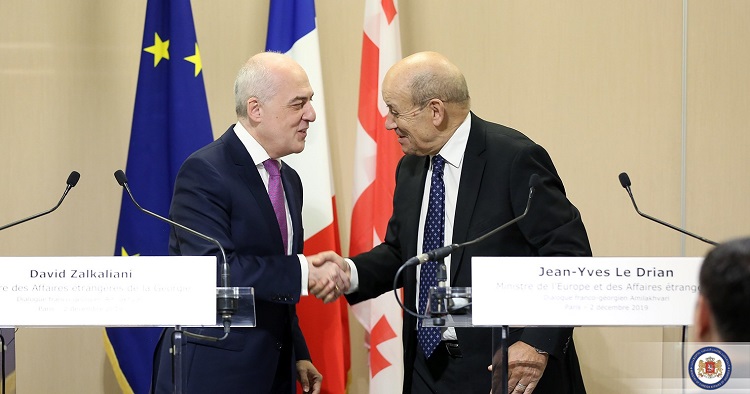 At the meeting Zalkaliani spoke about the steps Georgia has taken for its Euro-Atlantic integration and the current situation in Georgia’s two Russian-occupied regions of Abkhazia and Tskhinvali.

Both ministers said that the new format of dialogue will further strengthen the ties between the two countries.