An important historic milestone for Georgia was reached in France earlier today when a document was signed officially transferring the Leuville Estate back to Georgia after 89 years.

In Leuville town located 37 kilometres south of Paris, members of the Georgian Government and descendants of the 1918-1921 Georgian government in exile signed papers handing the Leuville chateau and its territory to Georgia.

Signing of the agreement ended the 25-year long handover process of the 4.5-hectare estate where the first government of Georgia settled in exile after fleeing Georgia's Soviet occupation in 1921. 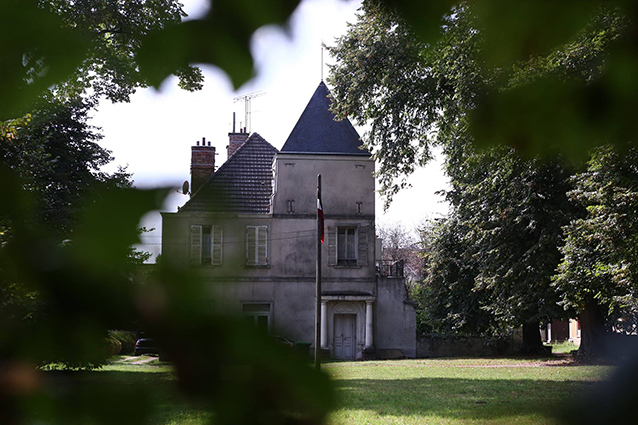 The 4.5-hectare estate is home to the chateau where the exiled Georgian Government lived starting in 1921. Photo from Press Office of the Ministry of Justice of Georgia.

The historic agreement was signed by the State Minister of Georgia for Diaspora Issues Gela Dumbadze and descendants and representatives of the members of the 1918-1921 Georgian government.

The ceremony was also attended by the Georgia’s Minister of Justice Thea Tsulukiani, Deputy Minister of Foreign Affairs Gigi Gigiadze, Ambassador of Georgia to France Ekaterine Siradze-Delaunay and related public.

Take a look at the location of Georgia's historic estate in France on the map below:

The transfer of Leuville Estate represents fulfilment of the moral last wish of the members of Georgia's First Democratic Republic, which is very important for the recognition of our historical and cultural legacy," said Siradze-Delaunay today.

Under the ownership of the Georgian Government, the historic estate will now undergo a major rehabilitation and restoration, estimated to take 10 years and cost €5.6 million (about 14.5 million GEL*). 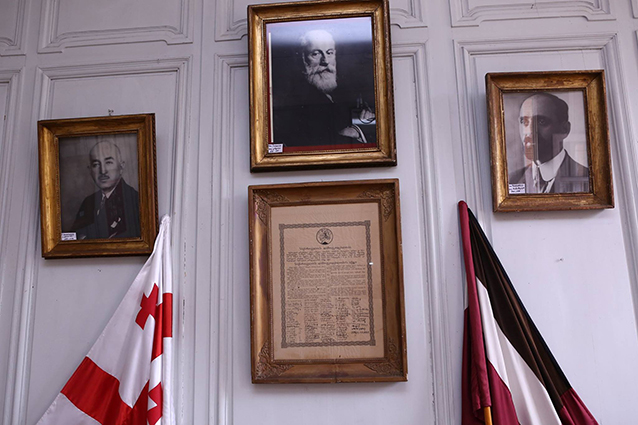 Photographs of the members of the exiled 1918-1921 Georgian Government on a wall of the Leuville Chateau. Photo from Press Office of the Ministry of Justice of Georgia.

These renovation works will prepare Leuville Estate for its future use as a cultural and research site for young historians from Georgia. These young people will travel to the Estate on a rotational basis, said Diaspora Minister Gela Dumbadze at today's celebratory event.

The Estate will encompass a memorial centre of Georgia's First Democratic Republic, the Leuville Georgian Academy, a museum space depicting the emigration of the historic government and be used for other purposes that reflect the historical importance of the place.

Watch the ceremony of the signiture of historic agreement below:

Georgia has spent the past 25 years highlighting the importance of Leuville Estate for Georgia and working to get the venue transferred to Georgian ownership from the families of the exiled Georgian government who acquired the chateau in 1927 using Georgian state finances.

The arduous owner transfer process involved numerous individuals and a special committee that accelerated negotiations since its creation in 2014.

Families of the exiled Georgian Government wished to see the historical status and profile of the Estate preserved after its handover to Georgia.

Georgia’s connection with the Estate began in 1921 when then-chairman of the government Noe Zhordania, government members and a handful of Georgian representatives and their families boarded the Ernest Renan ship in Georgia to escape the Soviet invasion of the country.

The Georgians in exile settled in Leuville but life for them was difficult; there was no water or electricity and money quickly vanished. So did the hope of returning to their homeland.

* Currencies are equivalent with the latest National Bank of Georgia exchange rate.