Georgian Prime Minister Giorgi Gakharia says that the Udabno and Chichkhituri monasteries in Georgia’s 6th Century David Gareji monastery complex, which have been closed by Azerbaijani border guards since the beginning of the year, will reopen to Georgian clerics starting tomorrow.

Gakharia said that the situation in David Gareji, which is located on the conditional border between Georgia and Azerbaijan, was discussed during his meeting with Azerbaijani President Ilham Aliyev yesterday in Baku.

Everyone knows that, unfortunately, there are border sections which have not been agreed upon so far between Georgia and Azerbaijan. This is a Soviet inheritance and the issue has not been resolved over the past 25 years. Aliyev said that history and geography unites us, which I completely share and we openly discussed the issues regarding David Gareji. The result of the discussion is that the monasteries will reopen to Georgian clerics and gradually, step by step we will achieve further progress in this regard,” Gakharia said.

Gakharia did not say whether or not the two monasteries will also reopen to tourists and parish.

He stated that the border issue with Azerbaijan must be resolved through considering the national interests of both countries, cultural heritage and the church interests. 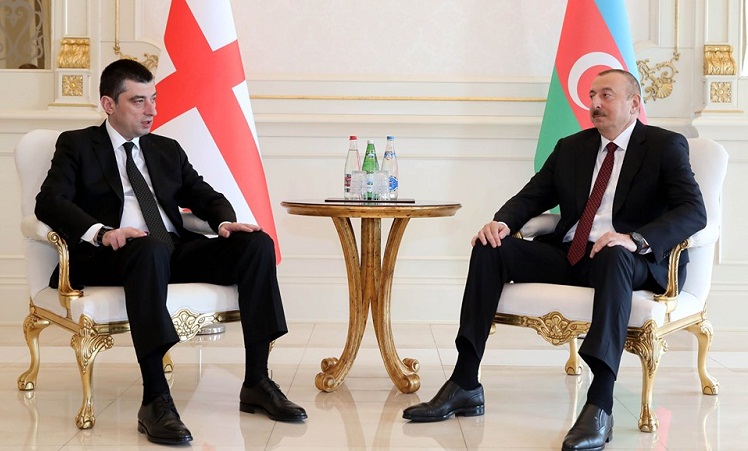 Aliyev described Georgia as the "closest friend and an ally." Photo: government of Georgia press office.

Gakharia called upon the public to refrain from any actions hampering the negotiation process with Azerbaijan regarding border issues.

Georgian Patriarch Ilia II addressed Chairman of the Caucasus Muslim Board, Sheik-ul-Islam Allahshuqur Pasha-zade yesterday, to mediate with the ‘brotherly nation’ of Azerbaijan to ‘fairly resolve issues’ in David Gareji.

He said that it was unclear why Azerbaijani closed Chichkhituri and Udabno monasteries as “based on the deals signed between Georgia and Azerbaijan in 1938 and 1996 both monasteries are within the territory of Georgia.”

Georgia and Azerbaijan have not agreed borders since the collapse of the Soviet Union back in 1991.

The Georgian-Azerbaijani state border demarcation commission renewed work in May 2019.