Azerbaijan’s State Border Service has opened a new border post on the territory of Georgia’s 6th century David Gareji monastery complex, which is located on the conditional border as the border between the two countries has not been agreed since the collapse of Soviet Union back in 1991.

Information regarding the opening of the new post was released by Azerbaijani media outlet APA.

The Georgian-Azerbaijani state border demarcation commission renewed work in May 2019.

The Georgian Foreign Ministry has not yet released information regarding concrete outcomes of the meetings. 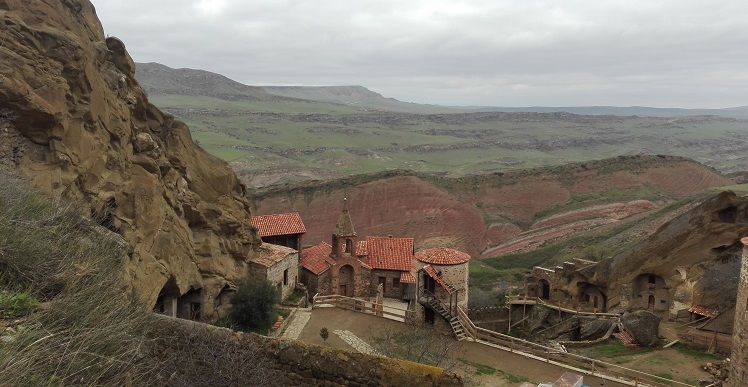 Georgia and Azerbaijani have not has not been agreed on the state border since the collapse of Soviet Union in 1991. Photo: Nino Alavidze/Agenda.ge.

Situation got tense at the scene after the visit of Georgian President Salome Zurabishvili in David Gareji back in April 20 2019, where she urged for urgent resolution of border issue with Azerbaijan.

Shortly after the statement Azerbaijani border guards closed the section of the monastery complex to clerics and tourists for several days.

An incident took place between Azerbaijani border guards and locals in July 2019.

The Georgian Foreign Ministry and the patriarchate have urged people and clerics to refrain from actions which might create problems for the negotiation process on the border issue “with the friendly nation.”

However, the Georgian Patriarchate says that David Gareji is the cultural heritage of Georgia which must be inside the country.