Georgian Prime Minister Giorgi Gakharia, who has launched his tour with neighbouring countries by visiting Azerbaijan, has told Azerbaijani President Ilham Aliyev that the “visit will once again show our allies and friends that there are no problems between the two countries which have not been settled in a friendly and brotherly manner.”

Gakharia said that choosing Azerbaijan as the first destination was not random.

Our partnership has exceeded regional boundaries and been upgraded to an international level, especially in terms of economy, transport and trade. We both support each other in international formats. We are grateful for your support for Georgia’s sovereignty and territorial integrity,” Gaklharia said, adding that Georgian and Azerbaijani people have developed “particularly warm and close relations” over centuries. 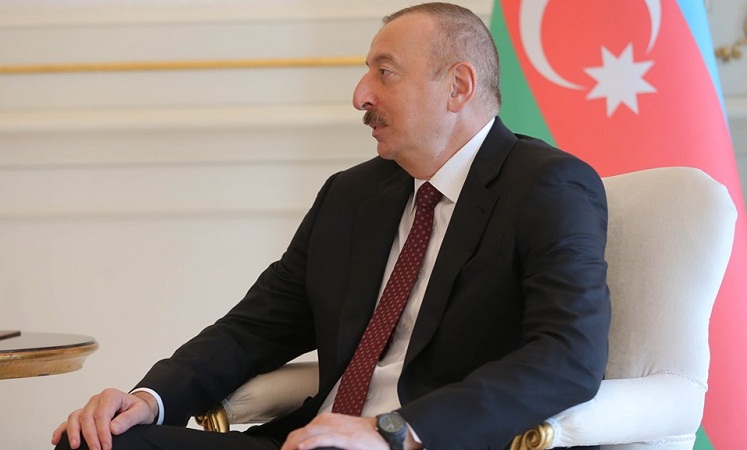 Aliyev: "We take Georgia as the closest friend, neighbour and a partner." Photo: government of Georgia press office.

Gakharia recalled his previous, “sincere and open conversations,” with Aliyev [before becoming the PM], which “was a big experience for me.”

Aliyev said that the meetings were also memorable for him and “pleasant to recall.”

I am glad that you visited Azerbaijan first. This proves that Georgia and Azerbaijan are close allies and partners. We take Georgia as the closest friend, neighbour and a partner. We are connected by history and geography, which have played important roles in developing our relations,” Aliyev said.

He shared the view that current Georgian-Azerbaijani relations are of international importance.

Our cooperation in terms of petrol, gas and transport have reached international levels,” Aliyev said.