A leader of an anti-LGBT rally held in front of the Georgian parliament, Guram Palavandishvili, has been detained for insulting a police officer, the Ministry of Internal Affairs reports.

The police approached Palavandishvili on the order of the ministry to investigate [incitement to violence]. Palavandishvili resisted law enforcers and verbally insulted a police officer”, the Ministry of Internal Affairs reported.

Tbilisi Pride is being held between June 18-23 in Tbilisi to raise awareness about the situation of sexual minorities in the country. 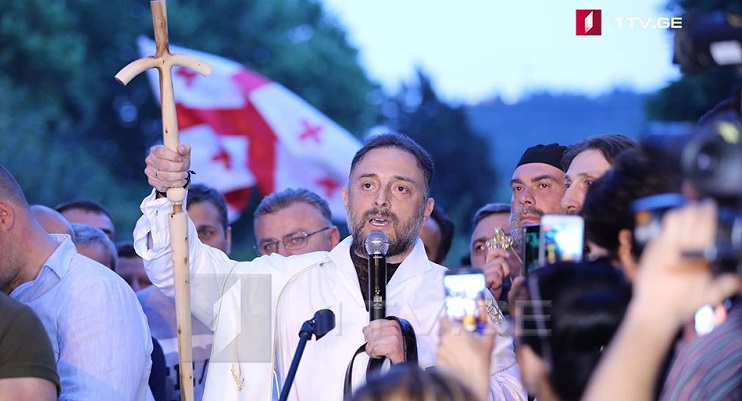 Levan Vasadze Georgian businessman held a rally in front of the administration building of the government of Georgia on June 16 calling on the government not to allow Tbilisi Pride events to take place. Photo: 1TV.

He also called for the creation of ‘patrol groups’ in Tbilisi over the course of the week to disrupt Tbilisi Pride events.

The Ministry of Internal Affairs responded to Vasadze’s announcement, saying that the formation of such groups was illegal, after which Vasadze later promised that anti-LGBT activists would not patrol the streets of Tbilisi.