MP Levan Koberidze left the Georgian Dream ruling party after the parliament approved the bill on the selection and appointment of Supreme Court judges with its third and final reading earlier today.

Koberidze said that the bill drafted by the ruling party MPs fails to ensure transparency in the selection and appointment procedures of judges.

He said that he is now an independent MP.

Several of the ruling party MPs also left the Georgian Dream due to the bill in previous months.

The Georgian Dream majority says that the bill reflects key recommendations of the Venice Commission of the Council of Europe and it will play its important role in the fair and transparent selection and appointment of judges in the Supreme Court of Georgia. 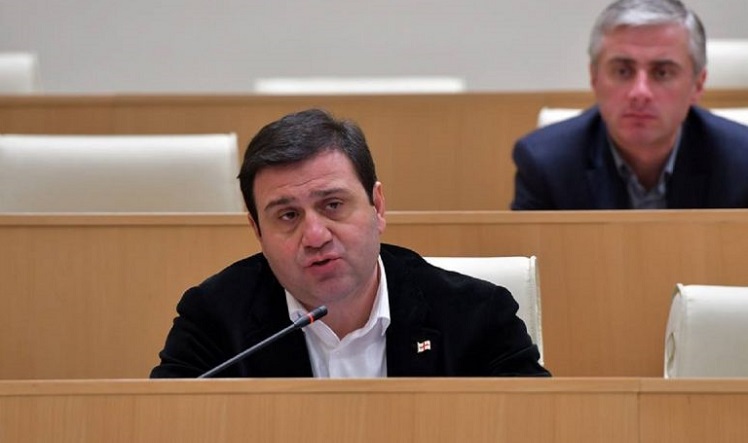 Koberidze says that the founder of the Georgian Dream party, Bidzina Ivanishvili, had information about his decision to leave the party. Photo: Parliament's press office.

The parliamentary opposition was demanding the bill to be returned to the second reading, which was rejected by the majority.

The opposition believes that the bill will not provide improvements in the court system as it leaves opportunities for biased judges stay in the system.

The Georgian Dream MPs offered the bill after the presentation of the list of 10 judges for the Supreme Court by the High Council of Justice [an independent body which is responsible for the selection and appointment of judges in Georgia] back in December 2018.

The list was criticized by many as it included several judges “connected with biased judiciary under the former, United National Movement state leadership.”

The Georgian Dream appealed to the Venice Commission to write its recommendations regarding its bill so that the bill to include the interests of all the parties involved.

Judges for the Supreme Court of Georgia must be selected by the High Council of Justice and then approved by parliament.

Currently there are 11 judges in the Supreme Court, while there number should be 28.