This year’s Agile Spirit multinational defence exercise in Georgia will include sea component for the first time, with the drills set to involve troops from the host country and its international partners.

[The 2018 Agile Spirit] will be special for involving an addition of a new element in the form of [developing] amphibious capacities [of participating troops], which will create a more solid basis for following exercises", Izoria said following the meeting. 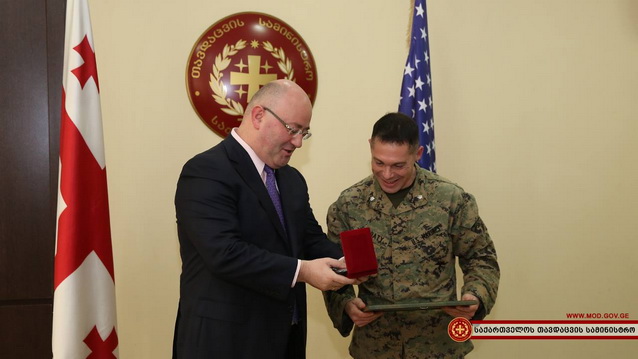 Set to augment the elements comprising the drills, the addition was noted as "very important for regional security" by the head of the ministry, whose meeting with Sanborn reviewed Georgia's contribution to international peace and security missions.

Beside discussing participation of troops from the country in ongoing campaigns such as the Resolute Support effort in Afghanistan, the two sides also reviewed the Georgia Defence Readiness Program, a joint US-Georgia initiative.

The program, developed between the Defence Ministry and the US Defence Department, aims to improve combat readiness of the Georgian Armed Forces.

The meeting between Izoria and Sanborn also marked a recognition of efforts by the US Marine Corps stationed in Georgia for preparing Georgian service members for their ongoing participation in the Resolute Support mission.

This year's Agile Spirit drills will be held in Georgia in the summer.