Georgia is set to host this year’s Noble Partner multinational defence exercise with thousands of personnel and an increased quantity of hardware from over a dozen participating nations.

Over two weeks, more than 3,000 troops will train in command and field drills under the leadership of the Georgian Armed Forces and United States Army Europe.

Marking the fourth time Georgia hosts the exercise, service members from 13 NATO and allied countries will be involved in its increased scope.

We are honored to announce that multinational exercise #NoblePartner 2018 kicks off on 1st of August with 13 NATO member & partner nations Strength Through Partnership!@USArmyEurope ; @US_EUCOM@DefenceHQpic.twitter.com/taszVK24K4

Beside units from the host country the drills will involve troops from the US, the United Kingdom, Germany, Estonia, France, Lithuania, Poland, Norway, Turkey, Ukraine, Azerbaijan and Armenia.

The Ministry of Defence of Georgia said Noble Partner would also feature increased aircraft numbers from the US forces and armoured vehicles from the German units.

Involving both staff-level work and field exercises, the drills will train participants in live fire, maneuvering and combat support element in defensive and offensive operations. 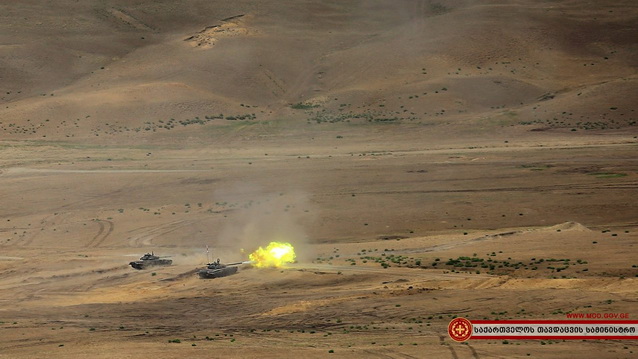 It followed similar exercises in eastern Europe including Saber Guardian in Bulgaria, Romania and Hungary and Sea Breeze in Ukraine.