Today Georgia marks the 100th anniversary since the First Republic of Georgia - what’s in store?

Georgia marks the 100th anniversary since the creation First Republic of Georgia today.

The Government of Georgia has organized more than 100 events abroad to specially mark the date. More than 100 start-ups, Georgian and international organisations are involved in organising events.

The presidents of six  countries: Armenia, Finland, Latvia, Lithuania, Poland and Slovakia, as well as the president of the European Commission will attend festivities in Tbilisi.

Parliament Speakers of Estonia, Moldova and Ukraine, Foreign Minister of France, Vice-Prime Ministers of Belarus and Romania, Vice-parliament Speaker of the Czech Republic have also arrived in Georgia to celebrate the day.

Members of the Georgian diaspora, offspring of the leaders of the First Republic of Georgia have also come to their homeland to mark the Independence Day. 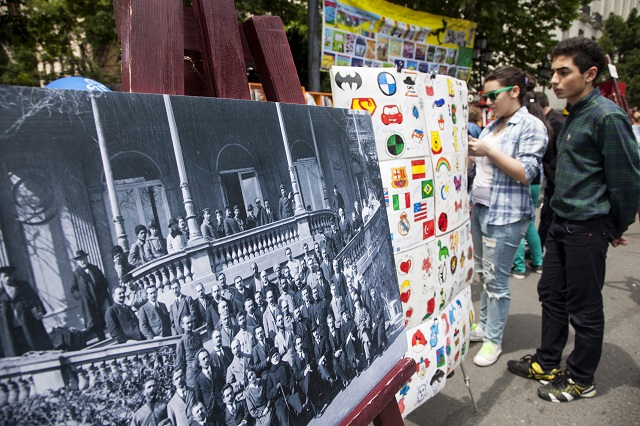 The First Democratic Republic of Georgia was established after the collapse of the Russian Empire. Photo: N.Alavidze/Agenda.ge.

They will gift the national cloth of the Georgian hero Kakutsa Cholokashvili to the National Museum of Georgia.

Festive and educative events have been planned in all Georgian regions. Special entertainment will be arranged for kids and people will be able to view the military equipment exhibited on the streets.

What’s up in Georgia and in its capital city of Tbilisi? 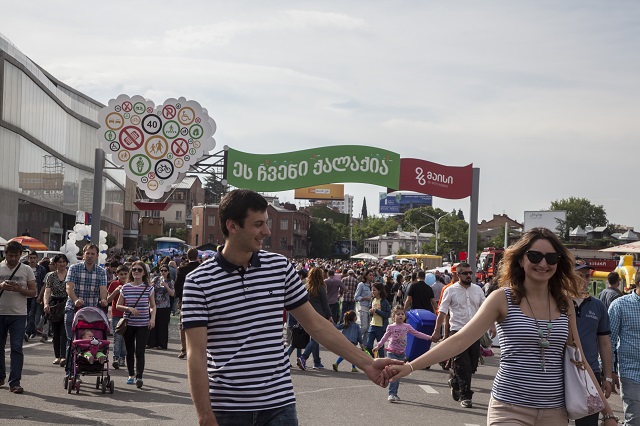 Poeple all around the country, as well as Georgian guests, take parts in the festive events dedicated to the Independence Day of Georgia annually. Photo: N.Alavidze/Agenda.ge.

The DRG was created after the collapse of the Russian Empire that began with the Russian Revolution of 1917.

Facing permanent internal and external problems, the young state was unable to withstand invasion by the Russian Red Army, and collapsed between February and March 1921 and became a Soviet republic.