The fascinating story of German settlers in Georgia will be the highlight of a new exhibition opening at Tbilisi’s National Gallery venue this week to celebrate cultural ties between the two countries.

Paintings, architectural plans and photographs created by German migrants in the Caucasus since the early 19th Century will be showcased under the display Germans in Georgia — Art, Architecture, Science.

A Georgian National Museum release said the exhibits would illustrate the legacy of migrants, known as Caucasus Germans, to mark the Year of German-Georgian Friendship. 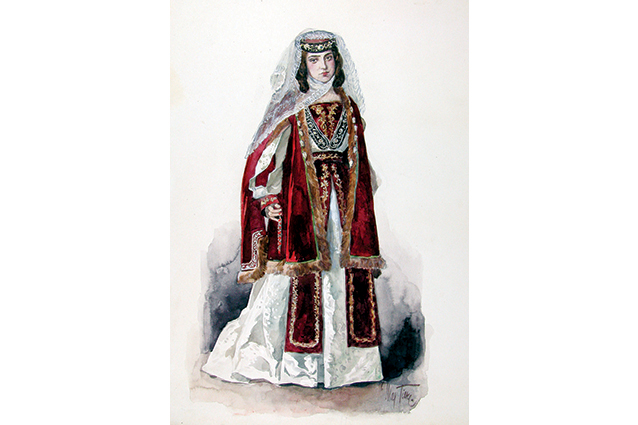 A portrait of a Georgian woman in national costume by German ethnographer and artist Max Karl Tilke, invited by the Tsar of Russia to work at the Caucasus Museum in Tbilisi in 1912-1913. Photo: Georgian National Museum press office.

Set to host visitors from April 12-29, the display will also trace the work of German cultural and scientific figures including ethnographer Gustav Radde and artists Oskar Schmerling and Teodor Horschelt during their travels to the country.

Georgia [...] attracted German scholars, architects, writers, artists and representatives of business communities, who made great contributions to the country’s further development”, said the preview for the exhibition.

The history of German settlements in South Caucasus began in 1815, when Emperor Alexander I of Russia visited the southern German city Stuttgart and witnessed the persecution of local peasants pursuing non-Lutheran Protestant religious practices.

The Russian emperor arranged a resettlement of the oppressed communities to the Caucasus including Georgia’s capital Tbilisi and the Kvemo Kartli region. 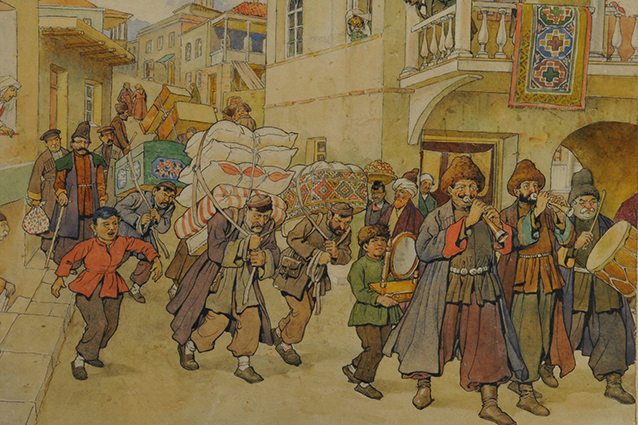 The exhibition will feature paintings by German artists during their residence in or travel to Georgia. Photo: Georgian National Museum press office.

The first settlement was established by communities of Swabian Germans near Tbilisi in September 1818, with further migrant groups settling in Tbilisi, Katharinenfeld (now Bolnisi) and the north-western Abkhazian region.

The legacy of daily life and overall cultural and scientific work of the resettled Germans can now be found in various towns and cities in Georgia including the capital.

Georgian National Gallery, Classical Gymnasium, the city council building — it’s a small list of historic buildings, which were built according to German architects”, said organisers of the National Gallery display.

Beside the life of the settlers in Georgia, the event will also celebrate the work of German businesspeople and artists travelling to the country since the 19th Century.

Their story will include contributions to the development of local economy by the likes of Walter Siemens, the Prussian consul working on the project of laying the Indo-European telegraph cable while residing in Tbilisi in the 1860s.

The National Gallery exhibition will fall within the cultural occasions designed to mark the ongoing Year of German-Georgian Friendship. The official designation marks 25 years of diplomatic relations between the two countries.