Young Georgian wrestlers have claimed six medals at the ongoing U23 Senior European Championships in Hungary, with three athletes claiming gold in their respective categories.

On Tuesday and Wednesday, three members of the Georgian national team claimed top honours at the tournament hosted in city of Szombathely in Hungary’s west.

Kentchadze earned his medal by defeating France’s Zelimkhan Khadjiev with a final score 4-2. Matcharashvili took the gold against Russia’s Georgii Gogaev (12-9), while Petriashvili achieved his double by easing past Vitali Piasniak of Belarus (10-0).

In addition, three other athletes from the Georgian team collected bronze medals with their performance. Shota Phartenadze (61kg), Iveriko Julakidze (65kg) and Mirza Skhulukhia all reached the third step of the podium in their weight categories. 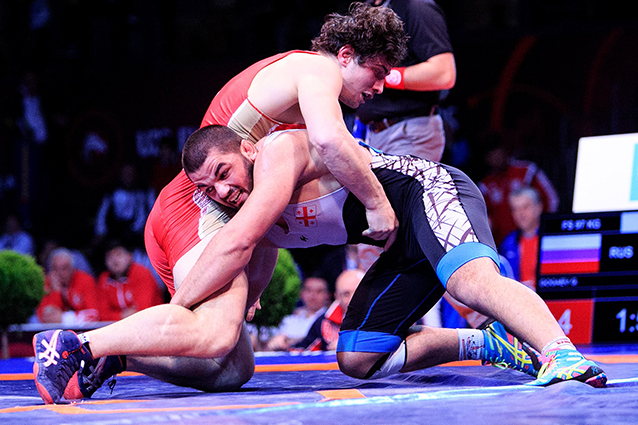 Launched on March 28, the tournament features competitors from across the world in Freestyle and Greco-Roman disciplines.

Female wrestlers from participating teams will feature in the competition on Thursday and Friday.

The tournament will finish with matches in Greko-Roman discipline on April 1-2.