An officer from the Georgian Special Operations Forces, who was wounded during today’s anti-terrorist operation in Tbilisi, has died in hospital.

A doctor from the High Technology Medical Centre, also referred to as Ingorokva Clinic, confirmed the news a short time ago.

The officer was taken to the clinic after he was wounded in the shoot-out with suspected terrorists on Gabriel Salosi Street in Isani district. He was placed on life support there.

The Georgian Public Broadcaster reported this afternoon that according to unconfirmed information, there are three more wounded individuals.

The State Security Service announced a short time ago that the special operation has officially ended after 22 hours.

A more detailed statement from the agency about how the operation ended and how many people were arrested is expected to be released later tonight.

The State Security Service of Georgia is carrying out a special operation in Tbilisi to arrest individuals who are not Georgian citizens and are alleged members of a terrorist organisation.

The operation started at the Gabriel Salosi Street in Isani district late last night, about 15 hours ago.

This afternoon the State Security Service announced that one person has been arrested and the operation is continuing to arrest other individuals who are also alleged members of a terrorist organisation. The agency did not specify the nature or name of the organisation. 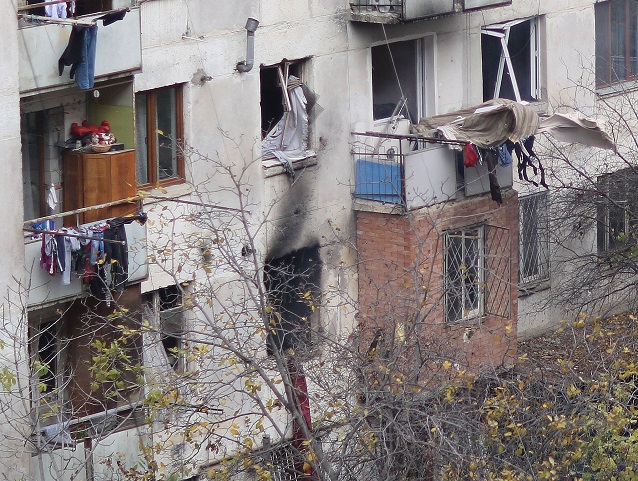 Suspected terrorists opened fire and threw hand grenades to the police through the windows of a rented flat. Photo source: Giorgi Abdaladze/Facebook

Nino Giorgobiani, press speaker of the State Security Service said that at the first stage of the operation, police had been trying to negotiate with the alleged terrorist for several hours but they refused to surrender.

One officer of the State Security Service has been wounded following the shootings.

"At the moment, works are underway to identify these individuals. Investigative activities are underway both in Georgia and abroad to establish alleged criminal ties”, Giorgobiani said. 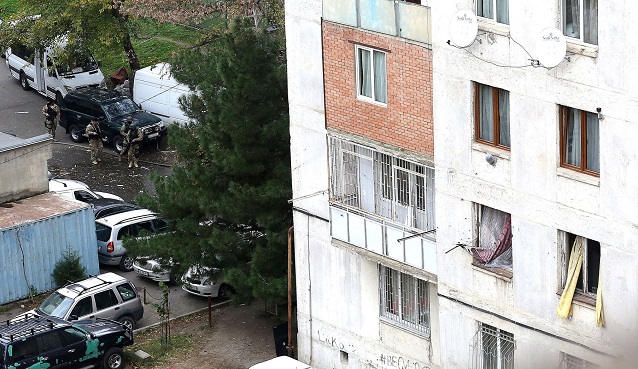 The alleged terrorists are in a flat of a multi-story building. Locals have been evacuated from the building and nearby areas.

Several flats have been damaged in the operation, which Giorgobiani said the state will fully compensate for.

She called on citizens to avoid walking in the area.