One suspected terrorist has been arrested and three killed during today’s anti-terrorist operation on Gabriel Salosi Street in Tbilisi, the State Security Service announced a short time ago.

Nino Giorgobiani, press speaker of the State Security Service, described in a detailed statement how the operation was conducted and how many people were arrested.

Unfortunately one officer of the State Security Service has died and two were injured during the special operation. Moreover, two officers of the Special Tasks Group of the Interior Ministry have also been wounded”, Giorgobiani said stressing that the special operation carried out in Isani district has officially ended.

Expressing condolences to the dead officer’s family on behalf of the State Security Service, Giorgobiani said the service thanks all the officers engaged in today’s anti-terrorist operation and also the civil population for their trust and cooperation with law enforcers. 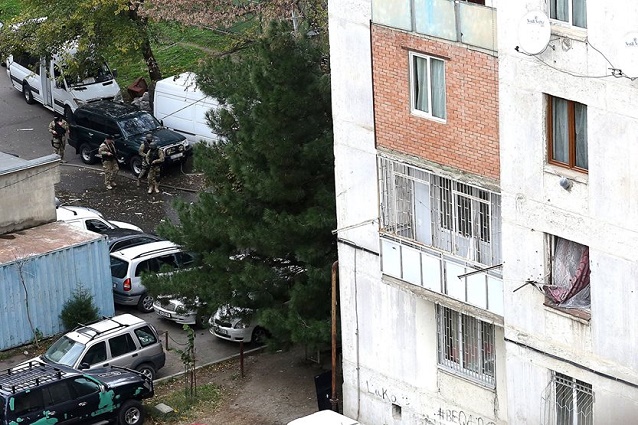 The operation started on Gabriel Salosi Street in Isani district late last night. The State Security Service of Georgia carried out a special operation in Tbilisi to arrest individuals who are not Georgian citizens and are alleged members of a terrorist organisation.

The members of the mentioned criminal group were not Georgian nationals. Surveillance has been conducted over the mentioned individuals during recent several weeks, they are identified and we are waiting for the final confirmation”, Giorgobiani said.

Giorgobiani said "relevant activities are being carried out in the scope of international anti-terrorist cooperation in an effort to establish their criminal ties”. 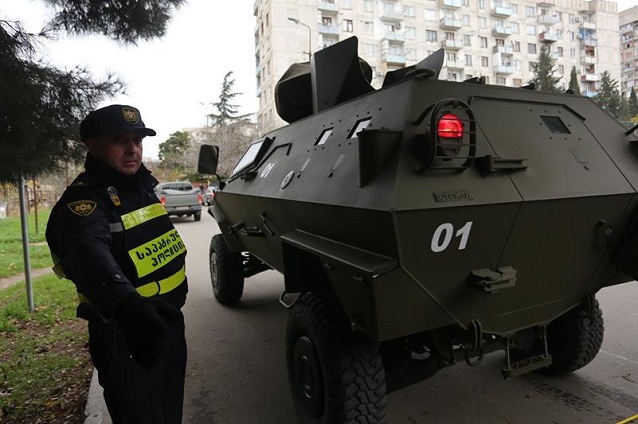 Heavy machinery and officers from the special unites were mobilised on the street where the suspected terrorists opened fire to police during the special operation. Photo: Giorgi Abdaladze/Facebook

Several flats have been damaged during the operation, which the state will fully compensate for.

Tbilisi Mayor Kakha Kaladze said Tbilisi City Hall will provide accommodation for every family affected during the shooting. Those who are in need of temporary accommodation can address Isani local government at 2 375029, 599 537040 or call City Hall’s hotline at 2 722222.