Georgian filmmaker Alexandre Koberidze's debut feature Let the Summer Never Come Again became a highlight of France's Marseille International Film Festival, with the documentary unveiled as winner of two awards including the principal prize of the event on Monday.

Juries of the festival, which is also known as FIDMarseille, announced Koberidze's 2017 work as recipient of Grand Prix of the International Competition, while the art-house production also collected the Prize for Debut.

The German-Georgian co-production had its international premiere among 15 films in the competition section of the festival that hosted around 150 films in all sections, seen by 25,000 visitors.

Born in Tbilisi, Koberidze studied at the Shota Rustaveli Theatre and Film Georgia State University before moving to Germany, where he graduated from Berlin's German Film and Television School.

The young filmmaker directed short productions including Looking Back Is Grace (2014) and Colophon (2015), with the 2015 film receiving Special Mention of the German Competition at the Oberhausen International Short Film Festival. 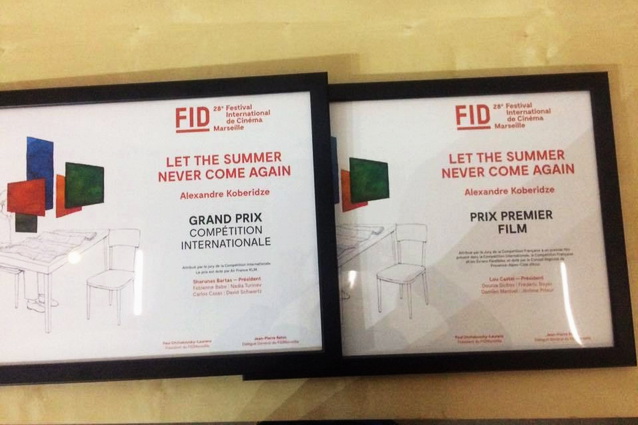 The Grand Prix and Prize for Debut were awarded to Koberidze's work.

Beside holding screenings at cinema theatres, organisers of the annual event also invite their audience to library venues and art galleries on the French Mediterranean coast.