Award-winning Georgian filmmaker Nana Jorjadze has joined some of the most successful cinema professionals worldwide after becoming a member of the Academy of Motion Picture Arts and Sciences.

Jorjadze was announced among the newest members of the prestigious United States-based organisation last week after receiving an invitation.

A 1997 Academy Award nominee for Best Foreign Language Film, the Georgian filmmaker was revealed among 774 new members of the club from 57 countries.

The list features 96 Oscar nominees and 24 Academy Award winners, while Alejandro Jodorowsky, Guy Ritchie and Tom Ford were among the directors invited to join.

Film professionals from different branches are invited to join the academy every year, with "exceptional achievement in the field of theatrical motion pictures” being the basic requirement for selection.

Jorjadze’s inclusion in this year’s members reflects the recent drive of the academy for diversifying its membership.

Of the organisations over 6,200 members in 2015, only 25 percent were female, while the latest accepted members bring that figure up to 39 percent.

Urushadze joined the academy in 2015 after his feature Tangerines was selected as Georgia’s Academy Awards bid that year. 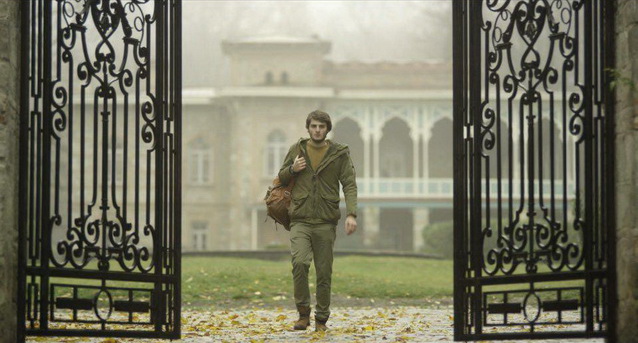 Jorjadze’s most recent work ‘Prime Meridian of Wine’ received awards at US and French festivals since its release in 2016. Photo: Internet Movie Database.

Nana Jorjadze is known in Georgia and abroad for her prolific career in filmmaking, launched in the late 1970s.

Director of over a dozen films, her feature A Chef in Love was nominated for the 1997 Academy Award for Best Foreign Language Film.

Jorjadze’s prizes include the 1987 Cannes Film Festival Golden Camera Award for her feature Robinsonada or My English Grandfather and 2001 Brussels European Film Festival Special Prize of the Jury for 27 Missing Kisses.

Her most recent work Prime Meridian of Wine was awarded for Best Director and Best Cinematography at the February 2017 edition of the Hollywood International Independent Documentary Awards festival.

The winemaking documentary also received the Revue des Oenologues prize at the 2016 Oenovideo International Grape and Wine Film Festival in Paris.
Back
Tweet