The opening ceremony of the 2016 Summer Olympic Games will take place on August 5 at Maracana Stadium, starting at 8pm.

As mandated by the Olympic Charter, the proceedings will combine the formal ceremonial opening of the international sporting event with an artistic spectacle to showcase the host nation’s culture.

In addition to enjoying the Olympic Games opening ceremony, the Georgian high officials will also meet different world leaders while in Brazil, announced the press office of the Administration of the President of Georgia today.

This will be Margvelashvili’s first visit to Brazil and the greater South and Central America region. 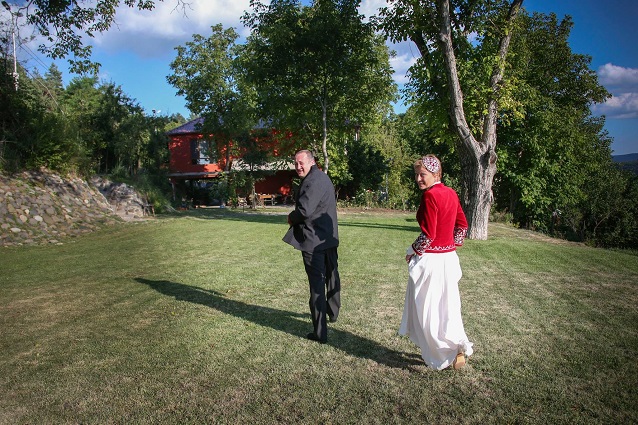 Georgia's President and the First Lady wearing the costumes designed for Georgian athletes to wear during this year's Olympic Games. Photo by Leli Blagonravova.

Meanwhile earlier this week the Presidential couple showed their support for Georgia’s Olympic team by donning the traditional Georgian outfits specifically designed for athletes to wear at this year’s Olympic Games.

On July 26 First Lady Chichua released several photos on her official Facebook page of herself and Margvelashvili wearing the costume.

In the caption accompanying the four images Chichua wished victory to all Georgian Olympic athletes at the 2016 Summer Olympic Games in Rio de Janeiro.