A New York art gallery known for hosting some of the most established artists in the city will display a piece by Georgian artist Levan Songulashvili within a new group exhibition starting next month.

Opening on August 13 at the Booth Gallery, the Fourth Wall exhibition will bring together curated works by 15 creators, including Songulashvili’s latest piece Idem et Idem 2.

The month-long exhibition aimed to "break the invisible barrier between artists and spectators", said organisers.

With this exhibition, artists are attempting to reveal the truth about the roots of humanity’s history and recurrent behaviour in the light of current cultural dynamics and the psychology of modern society," said the gallery's preview of the exhibition. 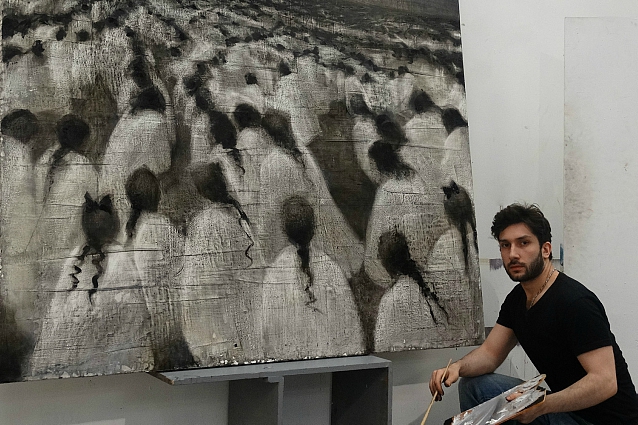 Songulashvili’s new piece is part of his series Idem et Idem, which was first presented at the London Art Fair Art16 earlier this year. The work gained positive reviews by media who covered the British event.

Songulashvili created Idem et Idem to explore individuality and the lack of identity under the influence of contemporary social trends. His monochrome painting reflected the author's approach by illustrating masses with no distinctive features.

The upcoming display was announced on Monday:

Booth Gallery in New York will host the Fourth Wall exhibition until September 10.

Details of the exhibition can be found here.