A brand new, unmanned helicopter that is as black as night is the real "star” of the day in a display of several military machines on Rustaveli Ave in Tbilisi to mark Georgia’s Independence Day today.

"For me, the most important thing about our products is their electronic design and programming capacity,” Delta’s Director General Ucha Dzodzuashvili told Agenda.ge.

"Electronic design and programming is a new direction in Delta, which made it possible for us to create many new projects.”

The specifications of the aircraft are equally as impressive as it's sleek looks. 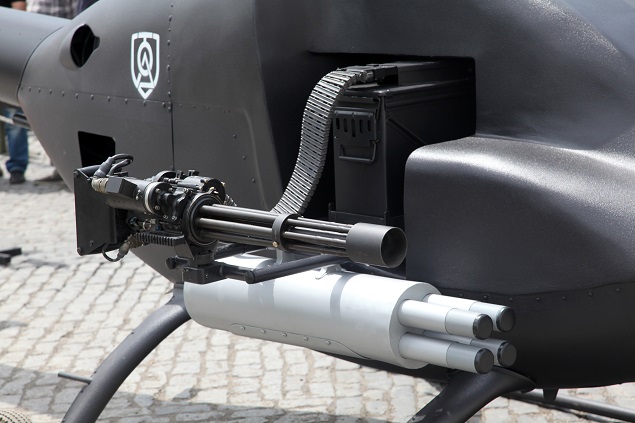 Today was the first time the aircraft was presented to the public. Photo by Nino Alavidze/Agenda.ge.

Although several foreign-produced parts were used to create the platform, Delta considers it a unique, all-Georgian product by its design and concept.

The Georgian people will soon be able to give a nickname to the aircraft. So far it has no specific name and is referred to as the multifunctional unmanned aerial vehicle.

Today alongside the unmanned aerial vehicle, Delta presented 15 additional vehicles or machinery; an armored medical evacuation vehicle was one of them. Delta had been working on this project since 2014 and today was the first time the vehicle was presented to public. 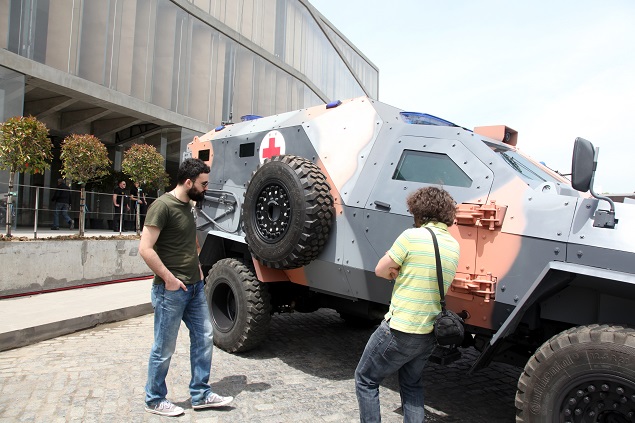 Nne of this vehicle's most important specifications is an advanced layered armor. Photo by Nino Alavidze/Agenda.ge.

The platform was tested in Saudi Arabia and it earned very good reviews. Dzodzuashvili said one of its most important specifications was an advanced layered armor, which met modern military challenges.

Whoever wants to use the unique opportunity of seeing this and many more brand new Georgian-produced military vehicles, should join the Independence Day celebration in Tbilisi today. Delta’s exhibition area is located just in front of the Raddison Blu Tbilisi.