Georgia’s State Military Scientific Technical Centre Delta was awarded a contract for supplying over one hundred Didgori Medevac vehicles to Saudi Arabia following lengthy trials that took much of the last year.

Delta was chosen after its Didgori prototype finished first in rigorous testing in the Middle East.

The final contract was valued at nearly 100 million GEL ($40 million USD). The first batch of vehicles are due to be sent to Saudi Arabia on January 30.

See the Didgori 1 and Didgori Medevac military vehicles in the Delta centre video below:

The Didgori Medevac was designed to evacuate wounded military servicemen and women from the battlefield.

The Delta vehicle finished first in the initial 2014 testing staged by the Middle Eastern buyers. It demonstrated better performances than vehicles by leading companies such as the United States-based Oshkosh Defence. 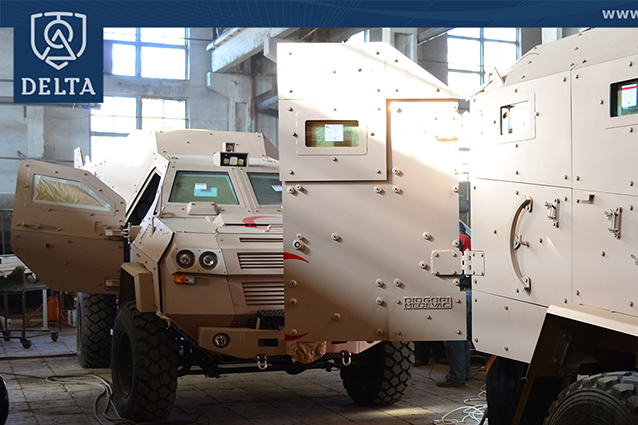 The Didgori Medevac vehicle was manufactured by Delta in Georgia. Photo by the State Military Scientific Technical Centre Delta.

An announcement by Delta said the Georgian medical evacuation prototype "demonstrated better performance in all technical parameters” compared to its US rival in the ultimate trial in September 2014.

After the Saudi Arabian commission spent the rest of the year analysing results of the trials, Delta was presented with definite technical requirements for the final product in 2015. 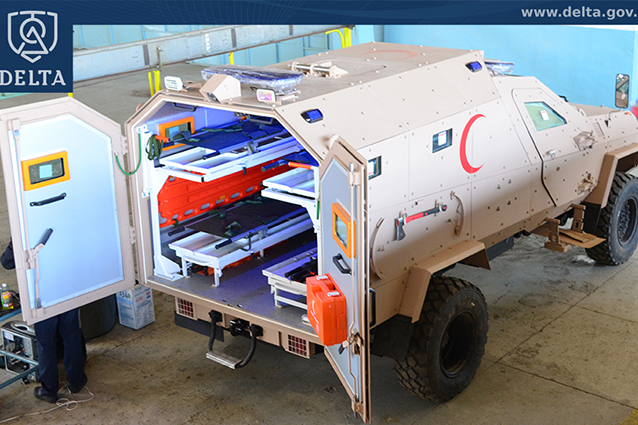 The vehicle was designed to evacuate wounded servicemen and women from the battlefield. Photo by State Military Scientific Technical Centre Delta.

The final version of the Didgori medical evacuation vehicle was manufactured late last year and presented to a Saudi delegation who visited Georgia before the contract was awarded months later.

Delta said it would continue cooperating with the Saudi military to supply various types of military vehicles.

Delta was involved in a number of modern military technical projects, including an unmanned aerial vehicle that was demonstrated to public on Georgia’s Independence Day last year.