For the first time in Georgia’s history, arms and hardware produced in the country was exhibited at Eurosatory, a major international land and air defence and security exhibition held in Paris.

Armoured vehicles, mortars, an anti-tank mine and a brand-new rifle was only a part of the equipment exhibited at the display by the State Military Scientific-Technical Centre Delta.

Present among over 1800 companies from more than 60 countries, Delta’s production was featured in the fair that hosted around 58 thousand visitors over five days.

The Georgian company showcased the following items at the large-scale show:

A release by Delta said their hardware had captured attention of attendees and official representations at the fair. 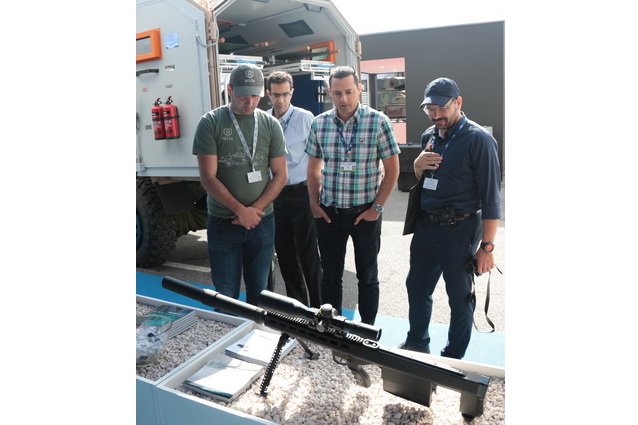 This included interviewers from Army Recognition World Defense & Security News and Army Guide publications, who spoke to the delegation from the Georgian company for their magazines.