Crops worth more than 25 million GEL have been saved in Georgia’s top wine-making region of Kakheti this year thanks to the government-launched anti-hail system, officials say.

The hail season has ended and Georgia’s military scientific-technical centre DELTA summed up the works the agency carried out regarding protection against hail in 2017.

Head of DELTA Ucha Dzodzuashvili said that the anti-hail system showed 96.3 percent effectiveness throughout this year.

He added that during the summer and autumn multiple hail threats occurred in Kakheti, while the system neutralised many of these occurrences. 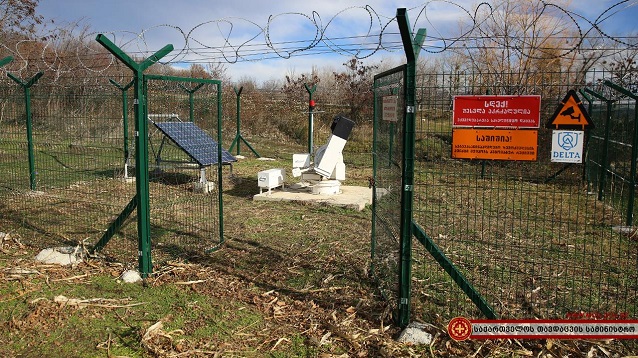 DELTA launched work on an anti-hail system in 2013 under the government order.

Most parts of the electronic and mechanical components of the system were produced by DELTA. The system includes the following: Command and Control Center in Tbilisi, Central Meteorological Radiolocation near Signagi and 83 missile launcher items throughout the Kakheti region.

The anti-hail system works by launching an unguided 60mm rocket into the air, which disperses a reagent into the air to reduce hail from forming in the clouds. The rocket has the capacity to carry 50-70g of silver iodide reagent.

When the rocket reaches the appropriate height, the silver iodine reagent is dispersed at an altitude of 2.5-4.5 km above ground for 30-35 seconds.