The Georgian Armed Forces (GAF) will soon be equipped with bulletproof vests and protective helmets made in Georgia.

The first fully equipped battalion will use the new gear, made by Georgia’s State Military Scientific Centre DELTA, when they are deployed to serve in Afghanistan later this year.

Meanwhile a company unit of the GAF equipped with the Delta-manufactured bulletproof vests were recently deployed to serve in an international peacekeeping mission in the Central African Republic (CAR).

DELTA is a state organisation that provides technical support for the GAF through ammunition, military vehicles, specialised buildings and fortifications, implementation and application of new weapon systems, as well as humanitarian demining and demilitarisation works. 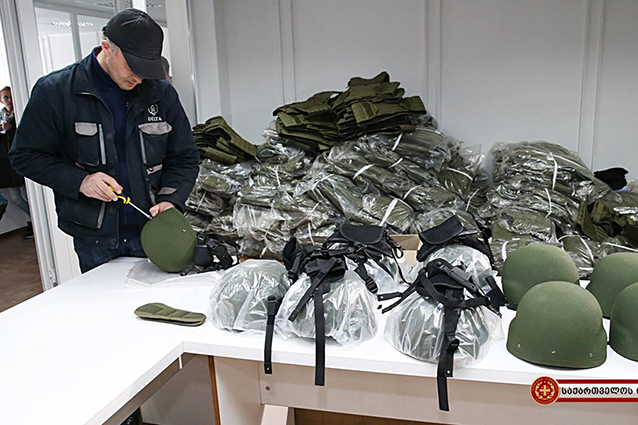 The new equipment will be used for the first time by service members of the Resolute Support mission. Photo by the Ministry of Defence of Georgia.

DELTA has already manufactured advanced defence and civilian equipment in Georgia however the upcoming planned rotation of the next GAF battalion to Afghanistan will be the first time the new bulletproof vests and helmets will be used in action.

The soldiers using the new gear will be deployed to serve in the NATO-led Resolute Support mission in Afghanistan.

DELTA representatives said they had met international standards and the specific needs of military units who will use the vest while developing the new protective equipment. The gear will protect the wearer from small-arms fire.

The products were first presented by the Ministry of Defence of Georgia in 2014. 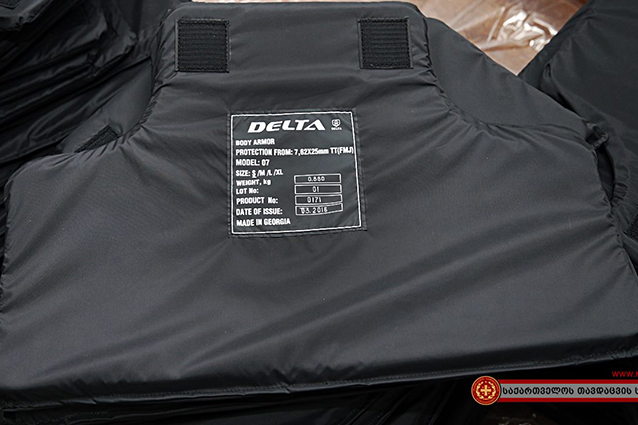 The bulletproof vests will feature the Made in Georgia stamp. Photo by the Ministry of Defence of Georgia.

The DELTA vests and helmets will soon be exported to Georgia’s international partners. Manager of the DELTA manufacturing centre Ucha Dzodzuashvili told reporters talks with a foreign buyer were already in progress.

The next GAF battalion will be sent to Afghanistan within their scheduled rotation later this year.