A prominent Georgian man described as a "key figure in international relations”, as someone who "helped to end the Cold War” and a politician who reunified Germany died this week.

He was Eduard Shevardnadze – Georgia’s second President and a former Foreign Minister of the Soviet Union. He passed away on Monday, aged 86, in his Tbilisi home after battling a long illness.

Messages of sympathy and condolences have flowed in from around the globe in recognition of the man known as the "rock-star of Cold War politics”. From high officials, dignitaries and former colleagues to members of the general public – everyone from all walks of life are remembering Shevardnadze.

Former American Ambassador to the USSR, Jack Matlock Jr, mentioned a poignant memory of his where Shevardnadze, as the USSR Foreign Minister, met US Secretary of State George Shultz. He paralleled this meeting with the fruitless meetings between current US Secretary of State John Kerry and Russia’s top diplomat in their failed attempt to resolve the crisis in Ukraine.

In his recollection of the meeting, Matlock Jr remembered how Shevardnadze made an important decision that ultimately led to the end of the Cold War.

"This time though, Shevardnadze looked Shultz in the eye and said through his interpreter: "George, I will check this out and if your information is correct, I will do what I can to correct the problem. But I want you to know one thing: I am not doing this because you ask me to; I am doing it because it is what my country needs to do.As I watched the scene, with as much emotion as amazement, it dawned on me that the Cold War was over,” Matlock Jr said.

Meanwhile, New Yorker journalist Michael Specter wrote a commemorative article: "Shevardnadze was a rock star of Cold War politics and a co-architect, with Mikhail Gorbachev, of perestroika. His wit, charisma, and courage won over Western leaders.

”The editorial board of America’s leading newspaper, the Washington Post, dedicated a piece of writing to Shevardnadze and his achievements, particularly his role in glasnost of the Chernobyl tragedy.

"Eduard Shevardnadze had been Foreign Minister of the Soviet Union for less than a year when the Chernobyl nuclear power plant exploded in April 1986, sending radioactive contamination into the atmosphere."

The Chernobyl experience was also searing for Mr. Shevardnadze, who wrote in his memoirs that it "tore the blindfold from our eyes and persuaded us that politics and morals could not diverge.”

”Below are a snapshot of quotes and statements of condolences from current and former leaders and officials in regards to Shevardnadze’s death. 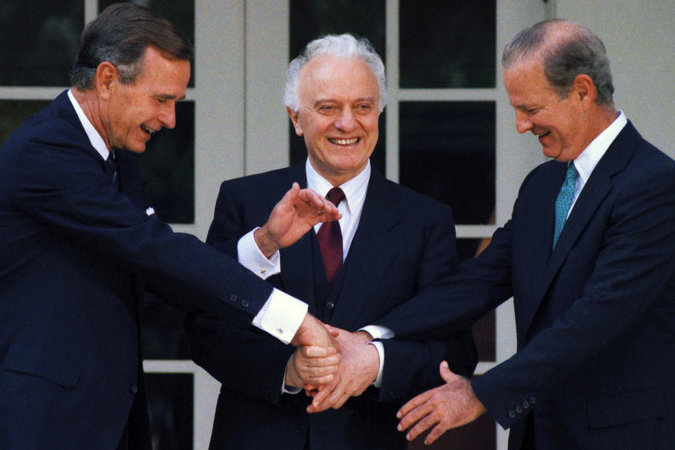 Eduard Shevardnadze, center, then the Soviet foreign minister, with President George Bush, left, and Secretary of State James A. Baker III in the White House Rose Garden in 1989.

"My biases should therefore be clear: I liked and admired the man. For the Cold War could not have ended peacefully without him. He helped shepherd the Soviet Union, Europe and, indeed, the world through a period of profound and unpredictable change. Shevardnadze was tough; he was tenacious; above all, he was brave.” 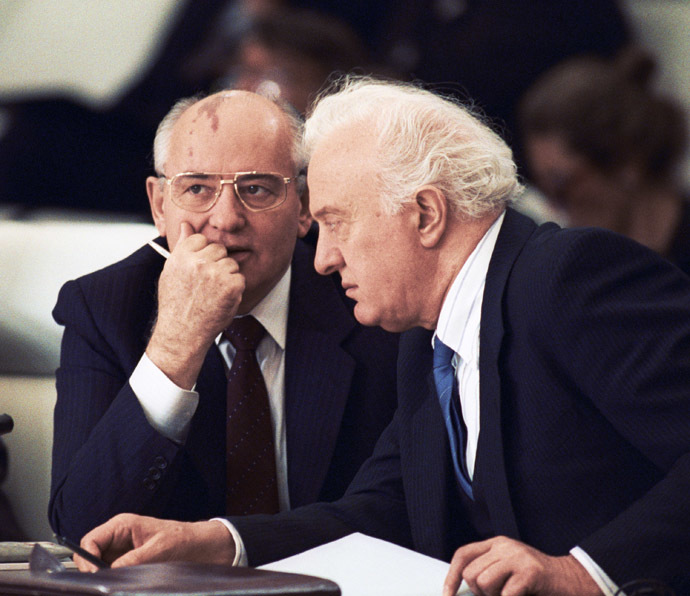 "Eduard Shevardnadze was an extraordinary, talented person… He made a serious contribution in foreign policy of perestroika; he was a sincere supporter of a new way of thinking in the world affairs. His appointment as the [Soviet Union’s] Foreign Minister was a surprise for many but he was skillful in this post, winning appreciation from diplomats, friends and workmates and foreign partners. He played a huge role in the unification of Germany and in European affairs in general, in normalising relations with China, in dialogue with the United States. I would like to especially note his contribution in stopping nuclear arms race.” 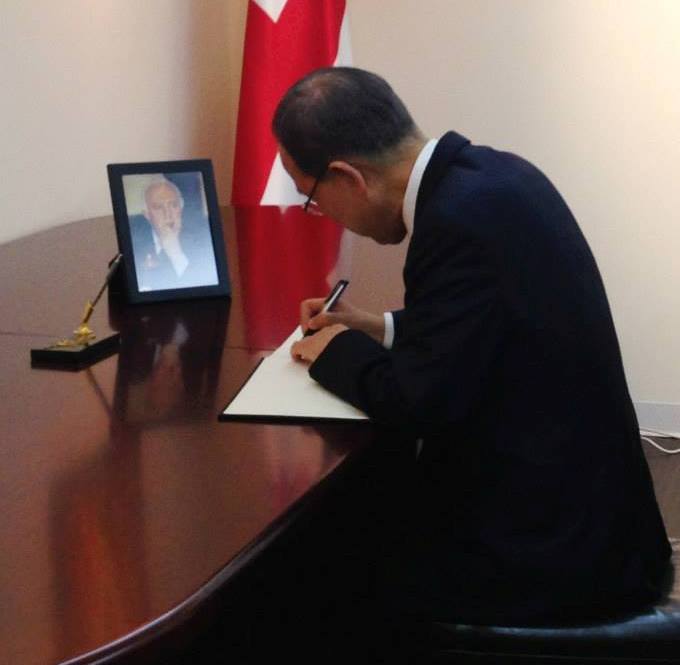 United Nations Secretary General Ban Ki-Moon writes condolences to the government and people of Georgia on the passing away Eduard Shevardnadze in the Consulate General of Georgia in New York.

"The Secretary General recalls Eduard Shevardnadze’s significant contribution as Foreign Minister of the Union of Soviet Socialist Republics on the international stage and his efforts to overcome the divisions of the Cold War, including through advocating for nuclear disarmament at the United Nations.” 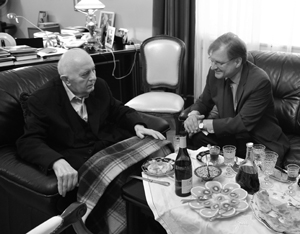 Richard Norland – US Ambassador in Georgia

"Many Americans had a personal or business relationship with Eduard Shevardnadze, when he was still the Foreign Minister of the Soviet Union and then the President of Georgia.” 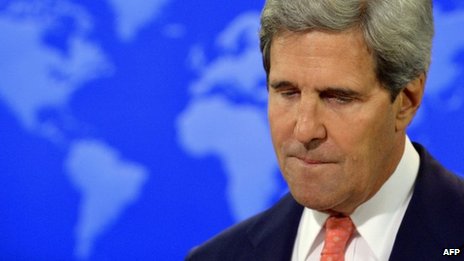 John Kerry – US Secretary of State

"As Foreign Minister of the Soviet Union in the 1980s, Shevardnadze played an instrumental role with President Gorbachev, President Reagan, and Secretary Shultz in bringing the Cold War to an end. He reduced the risk of nuclear confrontation by giving new life to arms control negotiations. He opposed the hardliners and refused to use force against Central and Eastern European countries when they began political and economic reforms, and he advocated reform within the Soviet Union as well. As Georgia's second president following the restoration of independence, Shevardnadze helped ensure the sovereignty and territorial integrity of that fragile state during the 1990s, and put Georgia on its irreversible trajectory toward Euro-Atlantic integration. As Georgia pauses to reflect on the life of one of its great statesmen, we urge all Georgians to remain committed to a united, democratic Georgia.” 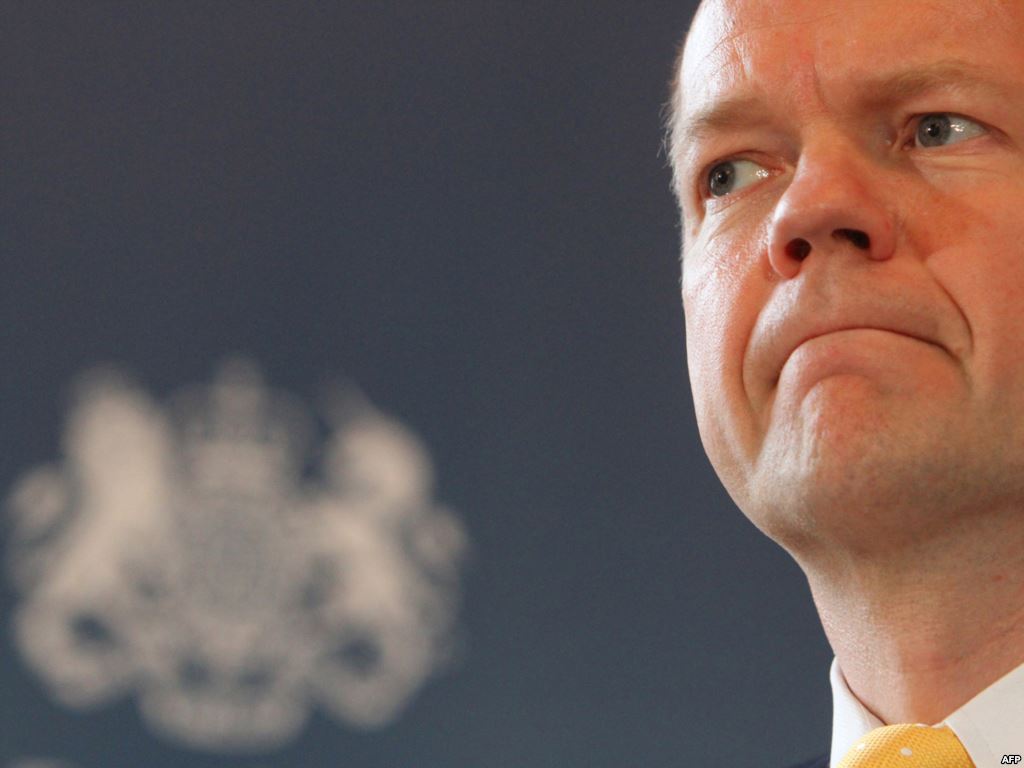 "Mr Shevardnadze was a remarkable man whose foresight as Foreign Minister of the Soviet Union in the 1980s was instrumental in helping to bring an end to the Cold War. His contribution to bringing stability to Georgia in the early 1990s further marked him out as a significant political figure, both regionally and on the world stage. As Georgia’s second President after independence, he also played a significant role in laying the foundations for closer ties with Europe.” 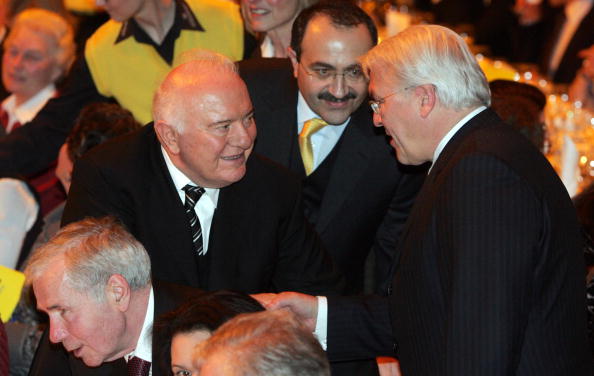 "As Foreign Minister of the Soviet Union and later President of Georgia, Eduard Shevardnadze has left multiple traces in the history of our continent. With him, the world loses a man who has demonstrated courage and vision in a time of historic transition. His contribution to the overcoming of the Cold War and the Division of Europe remains unforgotten. The German reunification would have been impossible without his determined commitment.”

"Eduard Shevardnadze was a big personality of our time. His December 1990 resignation should not be forgotten today.”

"France pays tribute to the memory of this key figure in international relations. Eduard Shevardnadze, who was the architect of the détente between the major powers at the end of the 1980s, played a key role in promoting peace through the resumption of dialogue with the United States and the USSR’s participation in disarmament negotiations.” 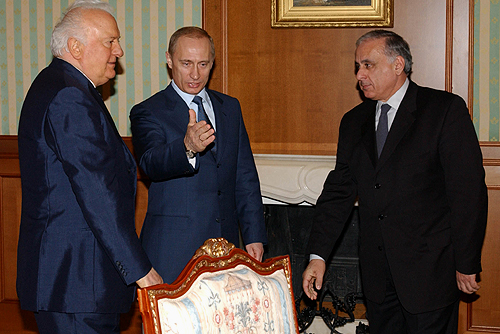 "Eduard Shevardnadze lived a life full of dramatic events. He played an important role in sharp turns of development of the Soviet Union and his native Georgia. His memory as of a great politician and statesman will live on in hearts of many people in our countries.” 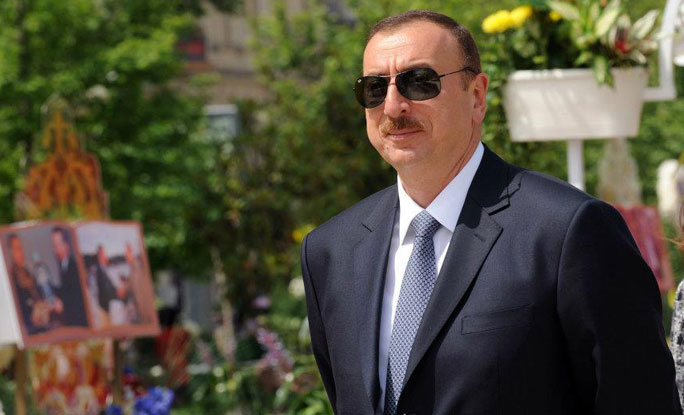 "Eduard Shevardnadze was an outstanding Georgian politician and statesman, a big friend of Azerbaijan. The entire life, high state activities of Eduard Shevardnadze for the prosperity of brotherly Georgia earned him authority, deep respect and worldwide recognition. Eduard Shevardnadze made a tremendous contribution to the preservation, development and strengthening of [Georgia and Azerbaijan’s] centuries-long traditions of friendship, good neighbourliness and mutual support between the people of Azerbaijan and Georgia. National leader Heydar Aliyev and Eduard Shevardnadze are the founding fathers and those who developed qualitatively the new inter-governmental relations and strategic partnership between our brotherly nations.” 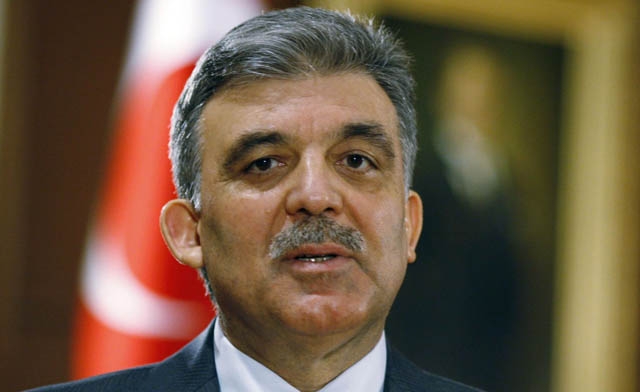 "Shevardnadze assumed key roles at the end the Cold War as the last Foreign Minister of the Soviet Union. He also made great contributions in reinforcing the independence and the sovereignty of Georgia as well as further developing its relations with European-Atlantic institutions.”