Ambassador of Israel Ran Gidor: I simply can’t get enough of Georgia

Ambassador of Israel to Georgia

As I am approaching the end of my ambassadorial term in Georgia, it is time to take a small step back and try to absorb all the unforgettable personal and professional experiences of the past 2.5 years. Time has flown so incredibly fast and it’s impossible to believe that soon I’ll have to pack up once again and move on.

This is, in fact, my second term in Tbilisi. I was posted here as a young diplomat between 1997-2000 and witnessed first-hand some of the darkest times and greatest hardships suffered by the Georgian population. When I returned here 20 years later, it seemed as if I was in a totally different country. The transformation was simply breathtaking!

And yet, fortunately not everything has changed. Georgians are still the warmest and most welcoming nation I have ever met. The country was and still is a small paradise of spectacular natural beauty, excellent cuisine, phenomenal wine and a mind-blowing concentration of artistic talent. 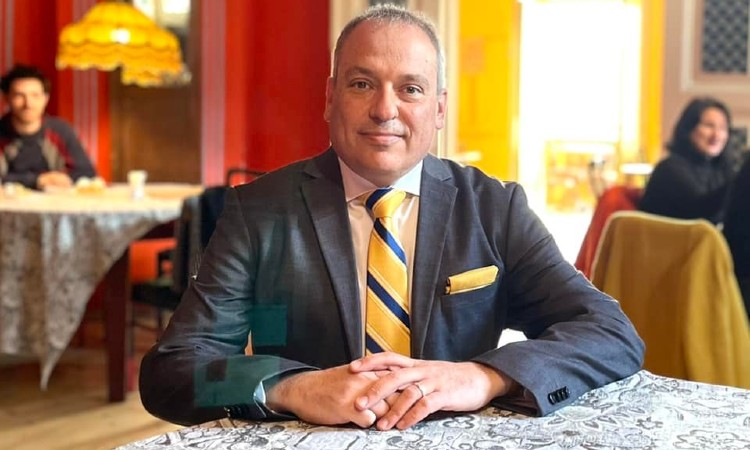 Luckily, I had kept in touch with many of my Georgian friends from the 1990s and so when I arrived back in Tbilisi in January 2020 it felt pretty much like a long-awaited homecoming. That, of course, made my diplomatic work much smoother and even more fascinating.

It is commonly known that Israel and Georgia are both ancient civilisations stretching back several millennia – long before most other countries and societies began to form themselves. Moreover, it is assumed that the first Jewish presence in Georgia started 26 centuries ago, following the Babylonian destruction of King Solomon’s temple in Jerusalem in 586 BCE. Both our nations suffered repeated invasions, conquests, oppression and subjugation by foreign empires, and both survived miraculously numerous historical catastrophes. Following the Holocaust, during which 6 million Jews were massacred by the Nazi regime, the State of Israel was established in 1948. Georgia regained its independence only after the collapse of the Soviet Union in 1991. This year, 2022, we are celebrating the 30th anniversary of our bilateral diplomatic relations.

Diplomatic relations were formally established on June 1, 1992, and our respective embassies in Tbilisi and Tel Aviv were opened soon afterwards. Over the past three decades, the relationship has gone from strength to strength, as is evident by the long series of bilateral high-level visits of Presidents, Prime Ministers and senior government ministers from both our countries. Those visits contributed to the signing of important bilateral agreements on the promotion of trade and protection of investment, agricultural cooperation, tourism, aviation and numerous other fields of cooperation. 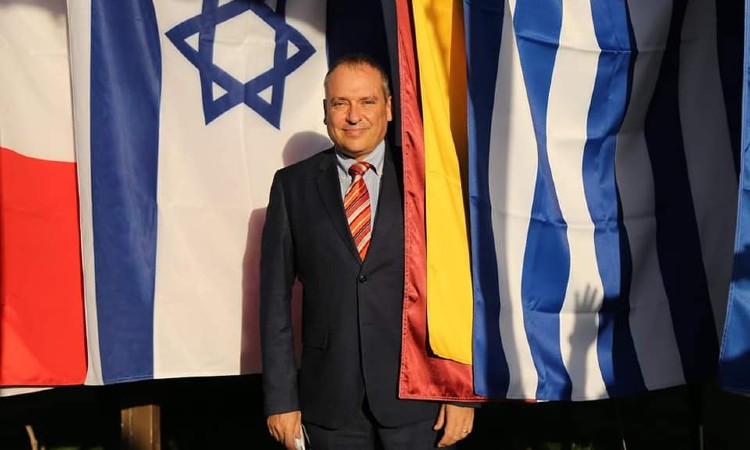 A hugely important aspect of our bilateral cooperation is formed by MASHAV – Israel’s International Development Cooperation Agency, which was formed under the auspices of the Israeli Ministry of Foreign affairs more than 60 years ago. Since 1992 no less than 1,600 Georgian women and men benefitted from Israeli training seminars and intensive courses in a broad spectrum of subjects, ranging from agriculture & irrigation to innovation & entrepreneurship, education, children with special needs, medicine and public healthcare, women’s empowerment and much more. Many of the MASHAV courses alumni have acquired positions of influence within Georgian society, politics and academia, like Minister of Agriculture Levan Davitashvili. In 2020 MASHAV and the American USAID signed a Memorandum of Understanding for joint cooperation for the benefit of the Georgian population.

MASHAV has also created several alumni clubs called ‘Shalom Clubs’ in various regions around Georgia, which use their collective knowhow, connections and experience in order to win grants and promote important projects for the benefit of their communities. The Guria Shalom Club, for example, has led (jointly with the Israeli Embassy & MASHAV) a project to equip schools and kindergartens with Israeli-made water filtration units, providing children and their families with clean drinking water.

The strength of our bilateral relations and friendship was evident during times of crisis. In the ‘dark 1990s’ – it was Israeli citizens of Georgian origin (of which there currently are more than 100,000) who first started investing their money in the Georgian economy, despite the challenging conditions. In May 2002 Israel sent humanitarian aid to Georgia after a disastrous earthquake and once again in 2008 after the war with Russia, in which it reiterated its support for Georgian territorial integrity. In 2015 the Biblical Zoo in Jerusalem offered assistance to the Tbilisi Zoo after the devastating flood, in capturing escaped animals and reconstructing the wildlife park. During Israel’s periodic wars with the Hezbollah & Hamas terrorist organisations (most recently in May 2021) Georgian public opinion overwhelmingly supported Israel – which was accepted with gratitude.

Our commercial and trade relations have also blossomed in the past 30 years. The signing of a visa-free agreement in 2013 contributed to a dramatic increase in the number of Israelis visiting Georgia – which reached a record year in 2019 with over 200,000 Israeli tourists and 42 direct weekly flights. 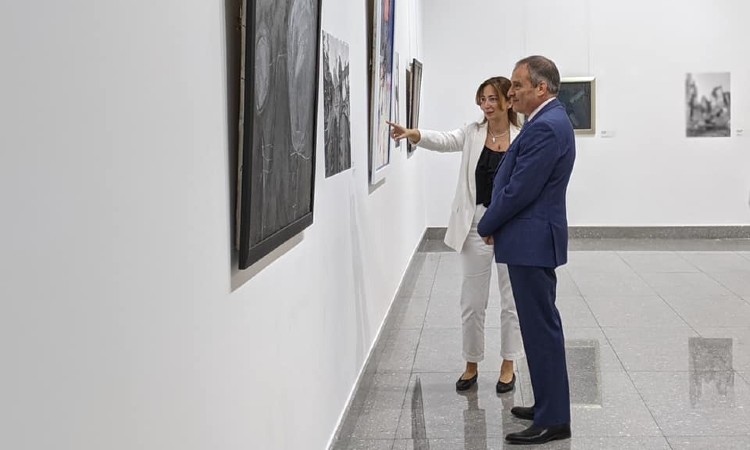 A very important part of our friendship is based on cultural exchange. A fresco of the Georgian national poet Shota Rustaveli can be seen in the Monastery of the Cross in Jerusalem, where a Rustaveli Street was inaugurated in 2005. His world-famous masterpiece The Knight in the Panther’s Skin has been translated to Hebrew more than once – most recently in 2014. Shalom Koboshvili, born in Akhaltsikhe in 1876 is considered the first Jewish artist in Georgia, and last year the Israeli Embassy sponsored an exhibition on his life and work in the Georgian National Gallery.

Our cultural exchange is rich and multi-faceted and has been taken on by the younger generation of artists and creators. It includes classical music, famous jazz bands, theatre performances and cinema.

Academic exchange is also flourishing – in both directions. Dozens of Georgian medical doctors, nurses, linguists, scholars and experts in various academic fields have spent long periods of internship and research in leading Israeli institutions. Concurrently, hundreds of Israeli students have chosen to study in Georgian universities – especially medicine faculties. Furthermore, the Georgian Ministry of Education and Science has agreed to make special provisions for the immediate transfer and registration of more than 1,300 Israeli medical students, who had to suspend their studies in Ukraine since the outbreak of the terrible war.

Our close relationship is based to a large degree on the personal contribution of Georgian Jews who form a bridge between our countries – whether they live in Israel or Georgia. In the past 30 years they contributed to cultural exchange and many other fields.

Despite the dwindling size of the Jewish community in Georgia – the current generation of Jewish youth is flourishing and engaged in an effort to rediscover the heritage and legacy of their ancestors, as is evident in projects to clean and excavate ancient Jewish synagogues around Georgia, teacher-training seminars and conferences for Young Jewish Leaders. Moreover, the current generation is attempting to redefine the Georgian Jewish identity in light of modern 21st century ideas and reach out to the wider Christian public through social media, cultural activities and various social initiatives (e.g. Hannukah video).

We appreciate the support and friendship that all Georgian political leaders have expressed towards the Jewish community, as evident by the annual participation of Presidents and Prime Ministers in the traditional Hannukah ceremony in Tbilisi’s Great Synagogue and the generous sponsorship given to the David Baazov Jewish Museum in Tbilisi – a great monument to the rich heritage and tradition of this community. 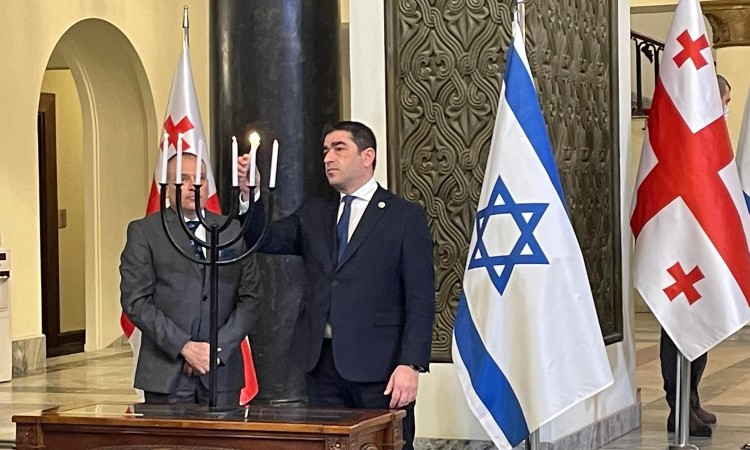 The first 30 years of diplomatic relations are full of achievements and historic landmarks. Therefore – this is a wonderful birthday that gives us an opportunity to view with tremendous pride what has been achieved so far and look forward with ambition and enthusiasm to future challenges.

On a personal note, I have a little daughter who was born here in June 2020, during the height of the pandemic. The Georgian President, H.E. Salome Zourabichvili, kindly granted her a Georgian citizenship. This was a moving personal tribute, which for me, cemented the love and gratitude I feel for this wonderful country. I still have a few months left here, but it is already beyond any doubt that our numerous friends, cherished memories and the personal connection to our daughter, will guarantee that my family will continue coming here time and again in the future, because we simply can’t get enough of Georgia!