The year 2022 is special for relations between Georgia and the United Kingdom, with the two countries celebrating the 30th anniversary of re-establishing diplomatic ties. With the two states enjoying cooperation in areas including political relations, defence and security, economy, culture and education, the contemporary ties follow historical relations dating back before 1992, the year of the recognition of the modern Georgia as an independent state by the UK.

This legacy of ties was brought to the fore at an event organised by the Georgian Embassy in London on May, for marking Georgia's Independence Day, as well as the 30 years of diplomatic relations between the two countries.

For the occasion, a unique Georgian royal cross and pendant were unveiled at the British Museum for the first time. The jewelled pendant was a special gift from the Georgian people to Sir Oliver Wardrop – the UK’s first Chief Commissioner of the Transcaucasus and in Tbilisi between 1919-1920. Considered a “unique masterpiece” of medieval Georgian craftsmanship, it was donated to the British Museum by Wardrop’s daughter Nina in 1983. 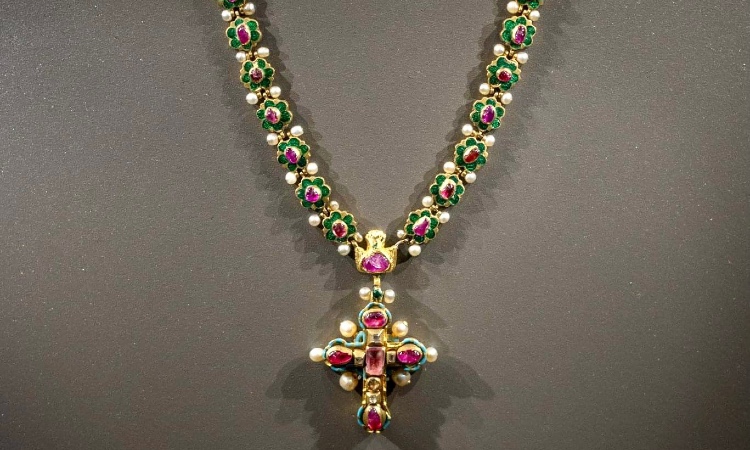 The event itself was opened by Sophie Katsarava, Georgia’s Ambassador to the UK, with the diplomat flanked by Alistair Harrison, Her Majesty's Marshal of the Diplomatic Corps, MP Jonathan Djanogly, the Chair of the All Party Parliamentary Group on Georgia, and Dr Rachel King, the Curator for European Renaissance and Waddesdon Bequest at the British Museum.

In her address, Katsarava made remarks on the history of Georgia’s independence, the country’s European and Euro-Atlantic integration path, as well as the strategic partnership and 30 years of diplomatic relations with the United Kingdom.

She told agenda.ge the Embassy had put “a lot of effort” in displaying the pendant in 2022 as a symbol of the “strong friendship” between the countries and as a highlight of the anniversary, noting the historical symbolism of the item being a gift to the first British diplomat in Georgia. The Ambassador said she believed cultural ties were “pivotal in bringing our countries closer”.

Katsarava said the display had been made possible with the “tireless work and excellent cooperation” between the Embassy and representatives of the British Museum. She extended her special thanks to Dr King and Nadja Race, the Museum’s Director of International Engagement, for supporting the initiative. She also noted the pendant would remain at the Waddesdon Bequest Gallery of the Museum for the next two years. “I encourage everyone visiting London to visit the Museum and enjoy the exhibition”, the Ambassador said. 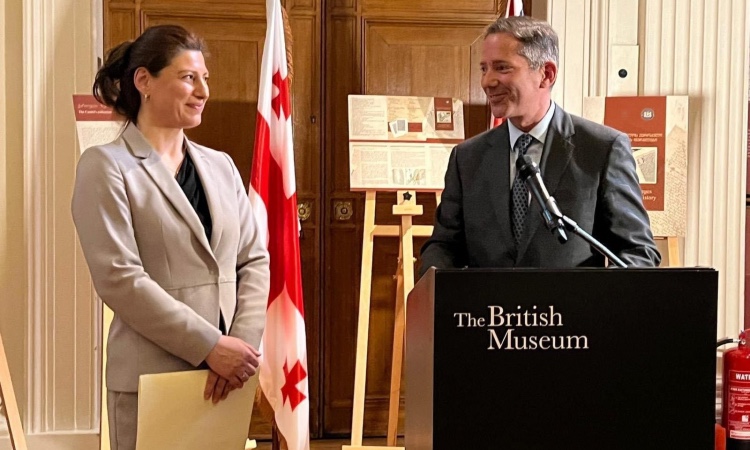 We were interested to find out details around the history of the unique cross and pendant, and the story of how it ended up in the Wardrop family. Katsarava said historians both in Georgia and the UK had different versions of the story, adding the version believed to be closest to historical facts - and evidenced by the Wardrop manuscripts at the Bodleian Library - was “very touching”.

“One tea-time in February 1920, a ‘surprise party’ visited Sir Oliver Wardrop, the United Kingdom’s first Chief Commissioner of Transcaucasia, based in Tbilisi. Five Georgian women and four little girls who paid the visit presented the pendant to the Chief Commissioner, with a request to have it handed to his daughter Nino - named after Saint Nino, the historical figure who brought Christianity to Georgia in the 4th century”, the Ambassador explained in her remarks on the origins of the present. 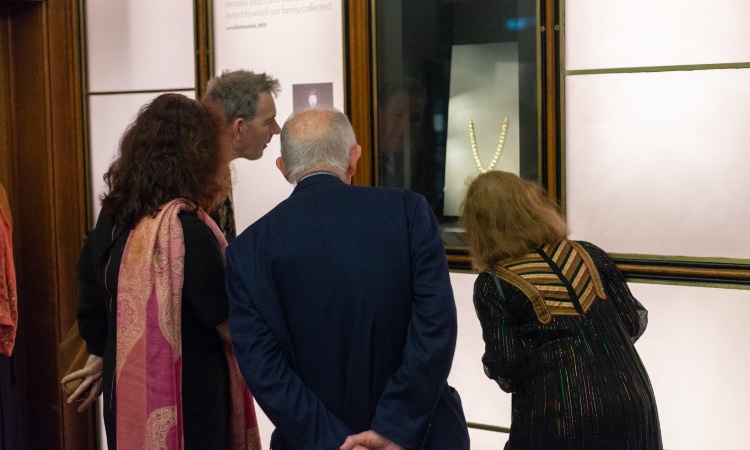 She also quoted Wardrop as having said “I need not tell you how deeply I was touched by this magnificent gift to our dear little daughter” in a letter addressed to his wife the same day. He also enthusiastically recalled the gesture of the Georgian women and described the pendant as a “wonderful piece of work containing over 30 large rubies, 60 pearls, and five diamonds”. The piece is likely to have been made around 1800, and its design refers to a famous cross pendant owned by Georgia’s Queen Tamar, who reigned between 1184-1213, Katsarava said.

The Georgian diplomat also emphasised the pendant had been a present to Wardrop not only as His Majesty’s Chief Commissioner but also as a “beloved friend” of the Georgian people. She said Wardrop and his sister Marjory had become an “integral part” of Georgian cultural life, leaving a “powerful and valuable legacy”. “The cross pendant is part of that history too”, she added.

Katsarava said while “building on the legacy and strong bonds”, Georgian diplomats  in Britain also “seek to create platforms to pave the way to a future, longer-term cooperation that is more consistent”.

This year the Georgian Embassy and Oxford University School of Global and Area Studies jointly launched the Georgia-Oxford Forum. “Drawing more than 80 participants, this year the Forum focused on the theme of Georgia in Europe and the Wider World. I believe we will turn this into an annual event with close involvement of the Oxford University and Bodleian Library”, the diplomat said, adding she hoped cooperation “in all these areas” would get stronger and the “ties and friendship more special” in the years to come.