Tbilisi Mayor Kakha Kaladze said on Tuesday the Cartu Foundation of Bidzina Ivanishvili, the founder of the Georgian Dream ruling party and the former Prime Minister of Georgia, would fully cover the ongoing construction costs of Tbilisi Central Park in the Saburtalo district of the Georgian capital, with works covering a 36-hectare area of the former Hippodrome.

An estimated cost of the project is about $20 million.

In his remarks at a regular meeting in Tbilisi City Hall, Kaladze said that several changes have been made in the project, referring to the reduction of the parking area and others. 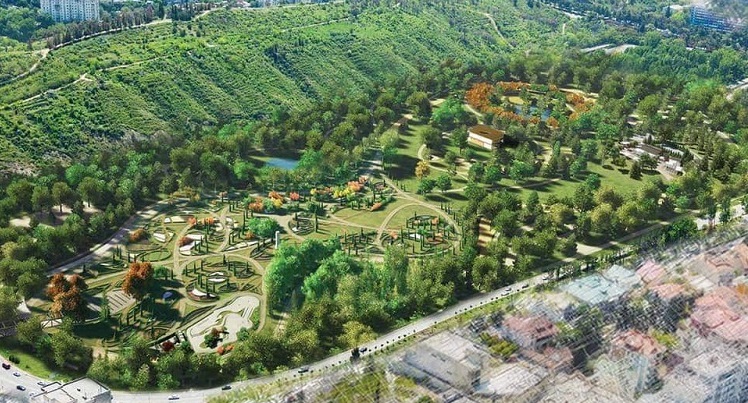 A rendering of the Park by Tbilisi City Hall.

The parking area will be reduced, and in its place, on a territory of ​​5,937 square meters, green spaces and a tennis court will be made. 245 parking spaces will remain in the park, instead of the previously planned 440. The French garden and the botanical garden on 28,232 square meters will no longer be included in the project and instead green spaces and picnic malls will be arranged”, said Kaladze.

The new park will be located in a former hippodrome in Saburtalo district of Tbilisi and will be able to host about 11,000 guests in a day.

The Cartu Foundation had gifted the territory to Tbilisi City Hall in 2020 to build the central park in the area.