MEP Viola von Cramon on Friday said she disapproved of the plans of a part of the Georgian opposition to create parallel groups and boycott a working format proposed by the ruling Georgian Dream party for the country to fulfil the European Union's 12-point conditions and obtain the membership candidate status in December.

In her remarks on Twitter, Cramon stressed “unity is power”, in reference to the Georgian national motto, and added the “EU candidacy would be achieved not by a single party, but by a united political class”.

???????? #Georgia's motto says "Unity is Power". Unfortunately, having parallel groups working on the EU recommendations demonstrates neither unity nor power. EU candidacy will be achieved not by a single party but by united political class. Everyone contributes, everyone gets credit!

Expressing their distrust of the ruling party, the Strategy Agmashenebeli and Lelo opposition parties announced the creation of parallel groups on Friday through submission of bills “to accelerate Georgia’s European integration”.

In the wake of voicing its possible plans on Friday to join the ruling party working group, the largest parliamentary opposition, the United National Movement,  stated shortly before that “any working groups under the Georgian Dream will be ineffective”, and instead offered plenary hearings and sessions.

Former Prime Minister Giorgi Gakharia’s For Georgia party announced on Friday that they were ready to join the ruling party working group “despite the fact that the real goals of Georgian Dream remain unidentified for us”. 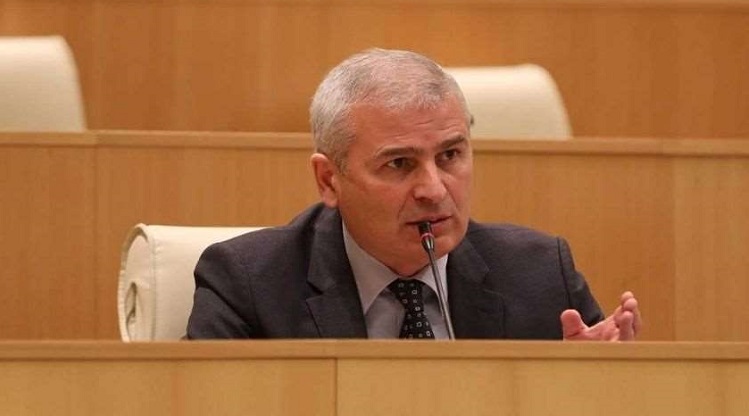 Ruling party MP Irakli Kadagishvili said that the opposition's refusal was motivated by the desire to overthrow the authorities. Photo: Parliament of Georgia press office.

Responding to the plans on parallel working groups, ruling party MP Irakli Kadagishvili suggested that “several figures in the opposition are strongly opposing the cooperation, as this would undermine their own plans for a coup”.

The ruling party published an action plan to address the EU conditions on July 1 and called on the opposition to cooperate following the June decision of the European Council to grant Georgia European perspective and a six-month term to address several issues to receive membership candidacy status.

Georgian Dream representatives have said that fulfilling the conditions, which cover moves for depolarising the domestic political environment, “deoligarchisation”, judiciary reforms and other issues, require the opposition's involvement.