Georgian Economy Minister Levan Davitashvili on Monday met with Katherine Tai, the United States Trade Representative, as part of his visit to the US to discuss the prospect of establishing a free trade deal between the countries.

At the meeting, the US official noted the trade policy agenda of the US focused on exporting more products, creating more jobs and expanding economic growth opportunities. The Georgian side noted it would be important to improve bilateral trade through a free trade agreement in this context. 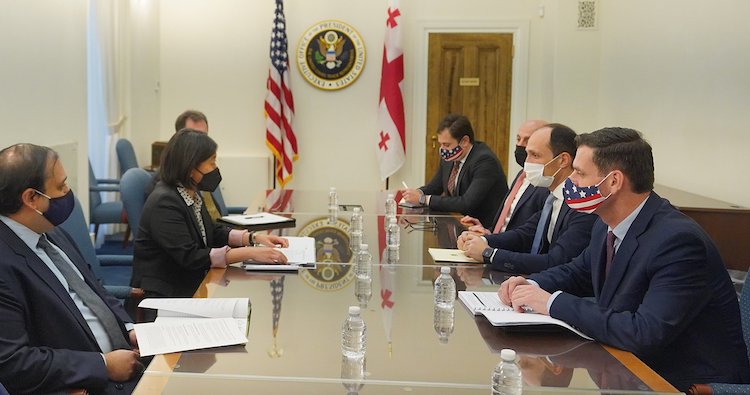 The officials discussed a feasibility study prepared by the PricewaterhouseCoopers (PwC) at the initiative of the Georgian Ministry of Economy and submitted to the US side for consideration. According to the study, a US-Georgia free trade agreement would be economically attractive and profitable for both countries.

In particular, after the signing of the agreement, exports from Georgia will increase by 19% annually over the next five years. Additionally, the free trade agreement is expected to bring in more than $180 million investments from the United States", the Ministry said,

The Ministry also said the meeting saw the sides noting the importance of Georgia as a US partner in the region and the latter’s interest in continuing “economic and structural reforms” in Georgia. 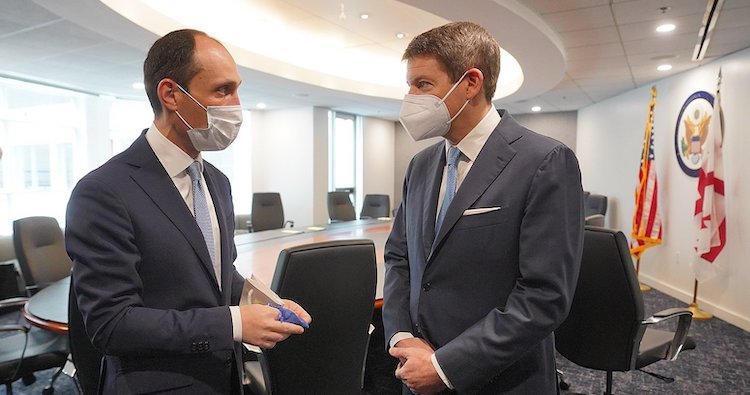 While in the US, Davitashvili has also met Scott Nathan, the Chief Executive Officer of the US International Development Finance Corporation, and discussed priority areas of economic cooperation between the two countries.

The Corporation has already invested more than $750 in different sectors of the Georgian economy. It is currently implementing 12 projects in the country with a total investment volume of $188 million.

Opening of a regional office of the DFC in Tbilisi was also noted at the meeting, while the parties also agreed to continue cooperation in the field of tourism, infrastructure and energy security.

The US is one of the largest investor countries of Georgia. As of March 1, 2022, there are 351 US-owned companies operating in the country, covering sectors such as transportation, communications, finance, manufacturing, infrastructure, and real estate.

The US investments in Georgia have exceeded over $1.8 billion so far.