A medical council invited by the Georgian Public Defender Nino Lomjaria says imprisoned ex-president Mikheil Saakashvili still requires psychological and physical rehabilitation, noting the council’s recommendations regarding the issue “have not yet been implemented.”

The medical council visited Saakashvili three times following his 50-day hunger strike which he began on the day he was arrested in Tbilisi on October 1, ending it on November 19.

The former president was transferred back to Rustavi Prison No. 12 on December 30 following a course of treatment at Gori Military Hospital.

Conclusion No. 5 of Group of Specialists/Experts Set up by Public Defender for Monitoring Mikheil Saakashvili’s Medical Condition https://t.co/5BmDvph8X7

In its conclusions back in November, the council recommended psychological and physical rehabilitation for Saakashvili, in addition to medical treatment.

Tengiz Tsuladze, a physician from the council, had said the former president is “approximately in the same condition now” as he was on December 12, when the council diagnosed Saakashvili with post-traumatic stress disorder and depression.

During the last three visits the council saw “no significant changes in terms of treatment tactics”, Lomjaria said earlier today, adding the team was continuing its work. 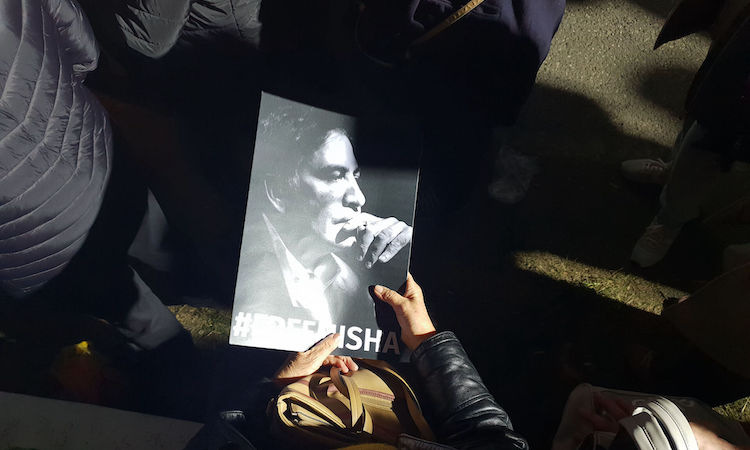 Doctors from the council have said undergoing the rehabilitation course in the prison is “not entirely realistic” for Saakashvili, however they have also said it "should not be impossible." Photo: Nino Alavidze/Agenda.ge.

I doubt that complete rehabilitation is possible where [Saakashvili] is now. But in any case, there has been no attempt to pursue it [anyway],” Giorgi Grigolia, a doctor from the council, said.

The council has visited Saakashvili five times from November 2021 till January 11, 2022.

Ruling party MP and Vice Parliament Speaker Gia Volski has said mentions of Saakashvili’s mental state are conveyed as part of “his calls for destabilisation and the development of revolutionary processes” in the country from prison.

The prison is not a comfortable place where a person feels at ease. Thousands of people were tortured and humiliated in the prison set up by Mikheil Saakashvili,” Volski added in reference to cases of violence against prisoners during the United National Movement government, led by Saakashvili, until 2012.

The former president of Georgia, now a citizen of Ukraine, had been found guilty of abuse of power in two cases in absentia in 2018 and is currently serving his sentence of six years of imprisonment, following his clandestine return to Georgia in late September 2021.