US Ambassador Degnan: urgency of issues facing country can move parties towards compromise

United States Ambassador to Georgia Kelly Degnan said earlier today that the refusal of parliament to vote for the suspension of status for 51 opposition MPs yesterday ‘was an opportunity that will allow the parties a little bit more time to bridge their differences if they can’.

I think, if the parties’ leaders put the country’s interest first: if they listen to what their voters are telling them is important to them, which are jobs, and high prices, and poverty, and economic impact of COVID, I think that the urgency of those issues will encourage the parties to reach a compromise, find a solution, get into parliament, and start working”, Ambassador Degnan told Georgian journalists.

Hoping that the parties will keep that in mind as they discuss the various options for overcoming their differences, Kelly Degnan said over 75% of Georgians said in the recent NDI poll that ‘they want their members of parliament to work together, and to work together in parliament on these issues’. 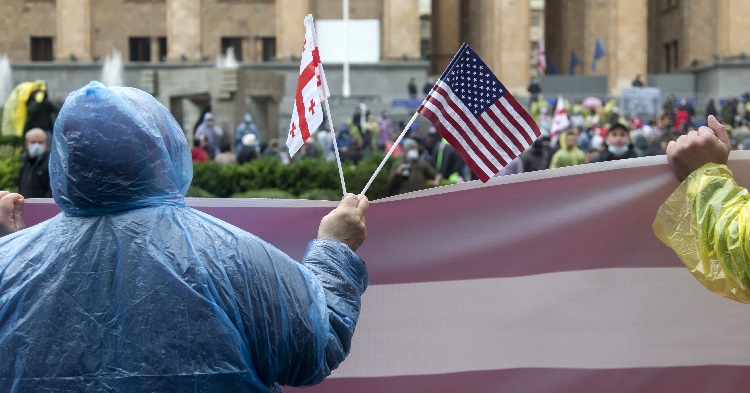 The majority of opposition politicians continue to boycott the recent parliamentary elections and refuse to take up their mandates. Photo: Nino Alavidze/Agenda.ge

In response to the question when will the next negotiations between the ruling Georgian Dream party and opposition take place, Ambassador Degnan said that’s very much up to the party leaders.

She said the foreign dignitaries, including her and the EU Ambassador Carl Hartzell ‘are just here to provide a neutral forum for them to come together and discuss what the possibilities are’.

We are open and available to all the party leaders, as well as to civil society, other stakeholders who want to see this situation resolved quickly and soon, because there are serious issues facing all of our countries as a result of COVID”, she said.

Noting that ‘this is going to be a challenging year’ for the countries, Kelly Degnan said the US is looking forward to continuing ‘close cooperation’ with Georgia - its government, civil society and media – ‘all those who are working hard to help Georgia get through what is likely to be a very challenging year’.

Fifty-one opposition MPs from six of eight opposition parties and election blocs which have won seats in parliament have requested the suspension of their status. Saying  the October 31 parliamentary elections in Georgia were fabricated, they are demanding repeat elections.

However, two opposition members of the Citizens party and four former members of the Alliance of Patriots (who later created European Socialists party) have entered the parliament.